We left Cavaillon refreshed, rested and revived! Next stop, for two weeks, was Balazuc in the Ardeche. Balazuc is another of the Beaux Villages de France

We approached the area via Remeze and Vallon Pont D’Arc, trying to follow some of the Tour de France (TDF) route that would be staged whilst we were living in the area. The scenery was stunning! Mountains, rolling downlands, sheer cliffs, river valleys, gorges and beautiful fields of lavender.

We found the Gite easily. The directions mentioned hydrangeas as a guide to finding the property. We had no difficulty finding it, the display of hydrangeas on the drive were spectacular!

Madam spoke no English. Ann speaks passable French but school French does not prepare you for discussing meter readings and internet connections. However, we got there in the end and handed over the remainder of the rent and the security deposit. There was an inventory, obviously in French. After counting the teaspoons and discovering it was one short of the thirteen and unable to understand what some of the other items were on the list, Ann gave up and decided that if we broke anything we’d just replace it!!

Perched high above the river, we spent the first evening walking down to the river. As we walked back to the gite we stopped for something to eat at a little café and sampled some of the local cooking. Delightful charcuterie and excellent burgers. Just what the doctor ordered!

Ann was disappointed to discover there was no real Boulangerie in the village. You could order fresh bread from the alimentation (we think, never did find out) but luckily there was an excellent Boulangerie just a few minutes drive from the village. Unfortunately they also did rather delicious pastries as well! Good job we had the bikes!!

Whilst the gite was everything we’d hoped for in terms of accommodation, access to the Ardeche region and a pleasant climate, sadly the Internet service at the gite proved to be unreliable, resulting in Cliff returning to Cavaillon a couple of times. In the end we bought a mobile satellite internet kit! The service was excellent. Ordered from a UK company, it was delivered to Cavaillon by courier within 3 days. Excellent service and a relief for Cliff.

On our final evening in Balazuc we reserved a table at the top restaurant (according to Trip Advisor). A short stroll from our gite, we walked up past the church with its clock, which chimed on the hour and every quarter, usually followed 2 minutes later by another clock, that we never discovered the location of!

When we arrived we were glad we’d booked. There was live music, a couple of musicians, one bass player and one vocals, lead guitar, percussionist and everything else! Their play list was mostly covers of English and American hits from the 50’s, 60’ and 70’s.

The food was very interesting, the restaurant cooked local dishes and a speciality of the house, a ‘crique’, which is similar to a rosti but includes grated onion too, was delicious. All cooked in an outdoors kitchen in view of the diners.

All was going well and we had nearly finished our meal when an enormous storm hit us. We had become accustomed to the storms, a regular event in Balazuc, lots of crashing and banging and occasionally a little rain. This was not one those. The heavens opened and let forth not just rain but hailstones too! The musicians hastily packed away there gear with help from the staff and the party on the terrace below cam and huddled beneath the large canopy with us.

We then had an hour of getting to know everyone, whilst the storm raged on. The main musician was born in France of Indian parents. The chef patron it transpired had only owned the restaurant for the past 2 months, which explained the poor reviews of the previous year but the excellent most recent ones. He had arrived in Balazuc, with his Moroccan wife via 30+ years in Scandinavia and a year in Perpignan, where, despite being French, he was treated as a stranger. Realising he would never be accepted in the community he had moved to Balazuc. The party from the terrace turned out to be German summer camp leaders and, as a couple of them spoke excellent English, we swapped kayaking experiences and discussed various places in Germany, England and Wales that we had in common. It was an unexpected and convivial end to a great evening. 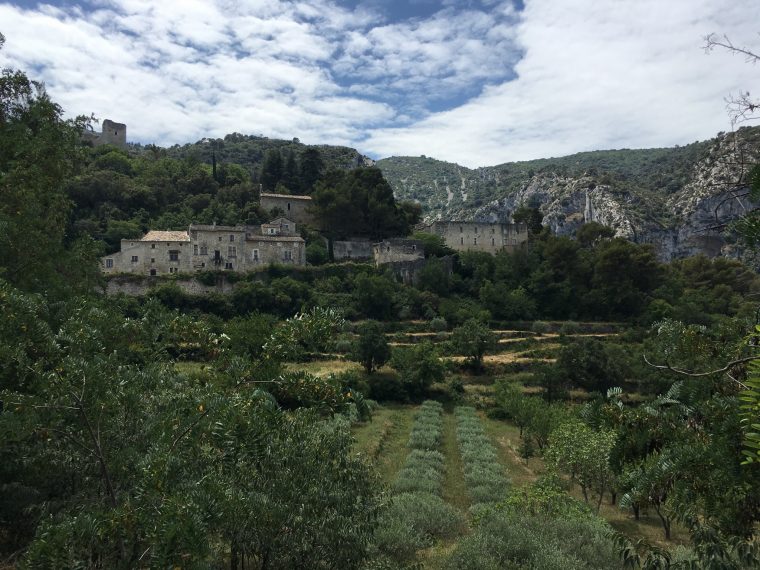 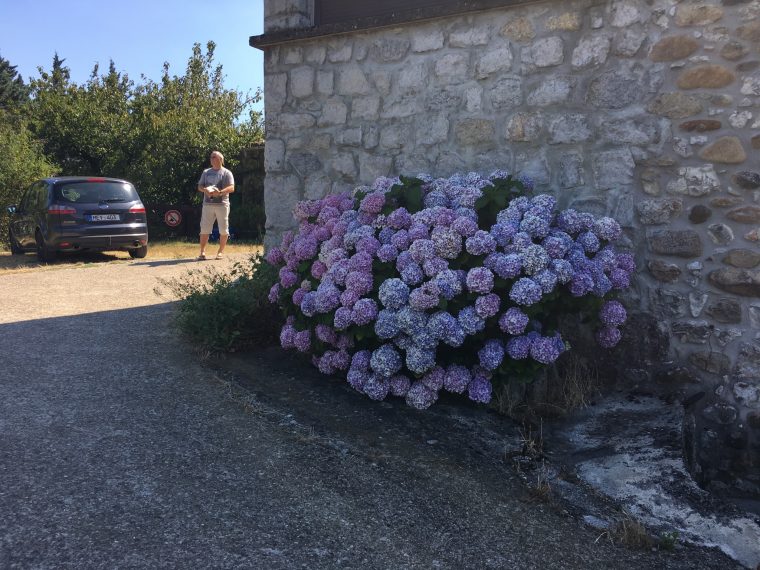 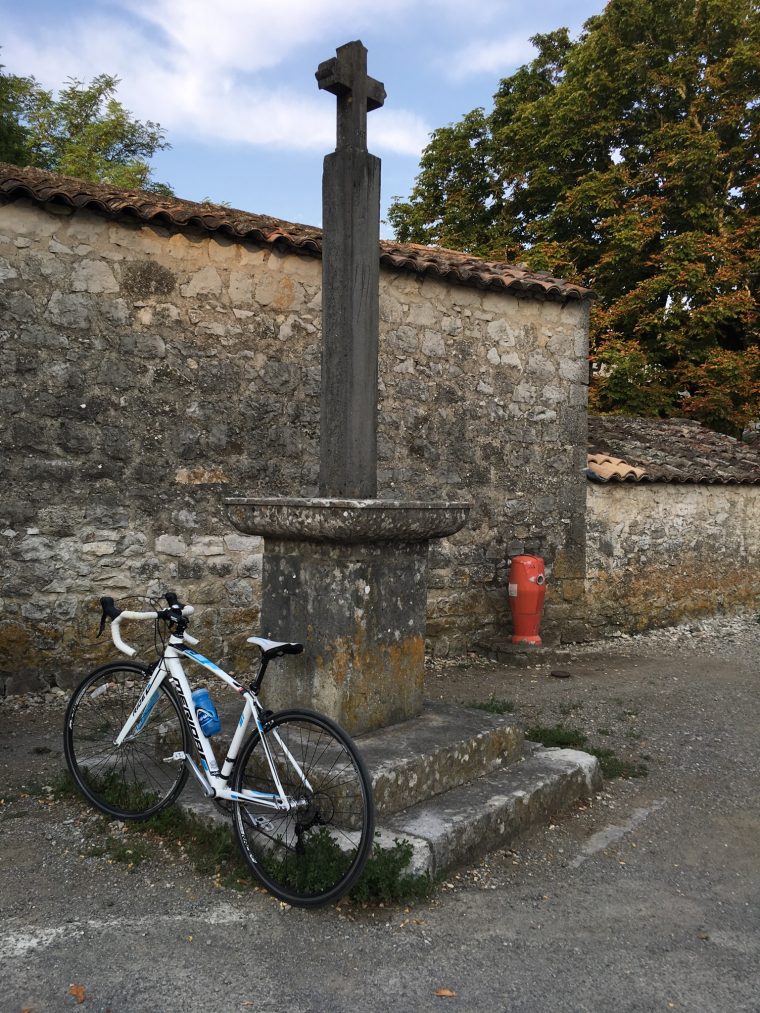 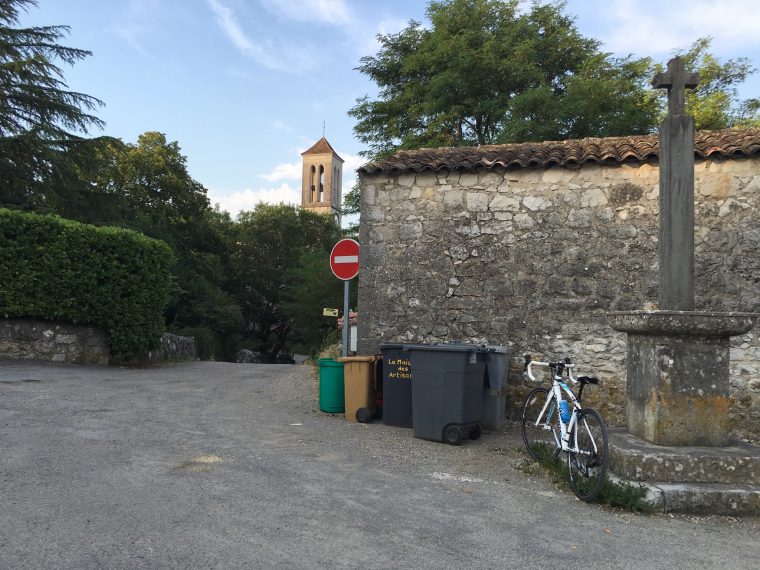 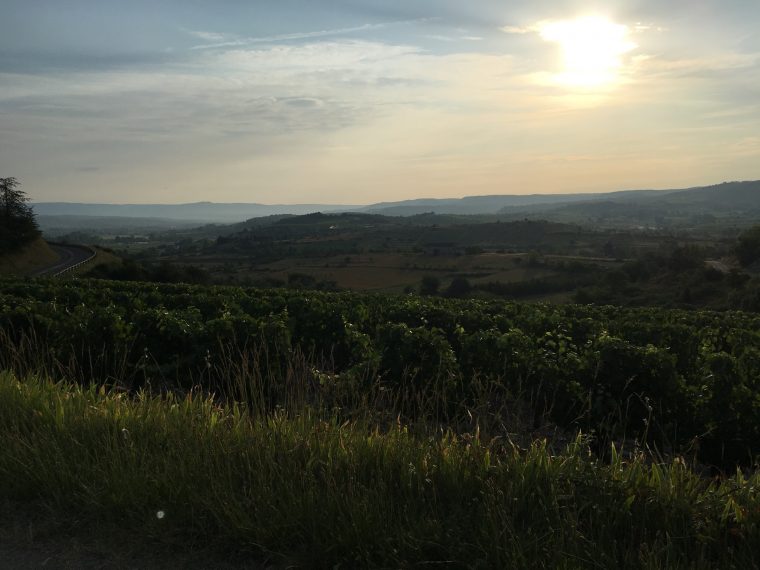 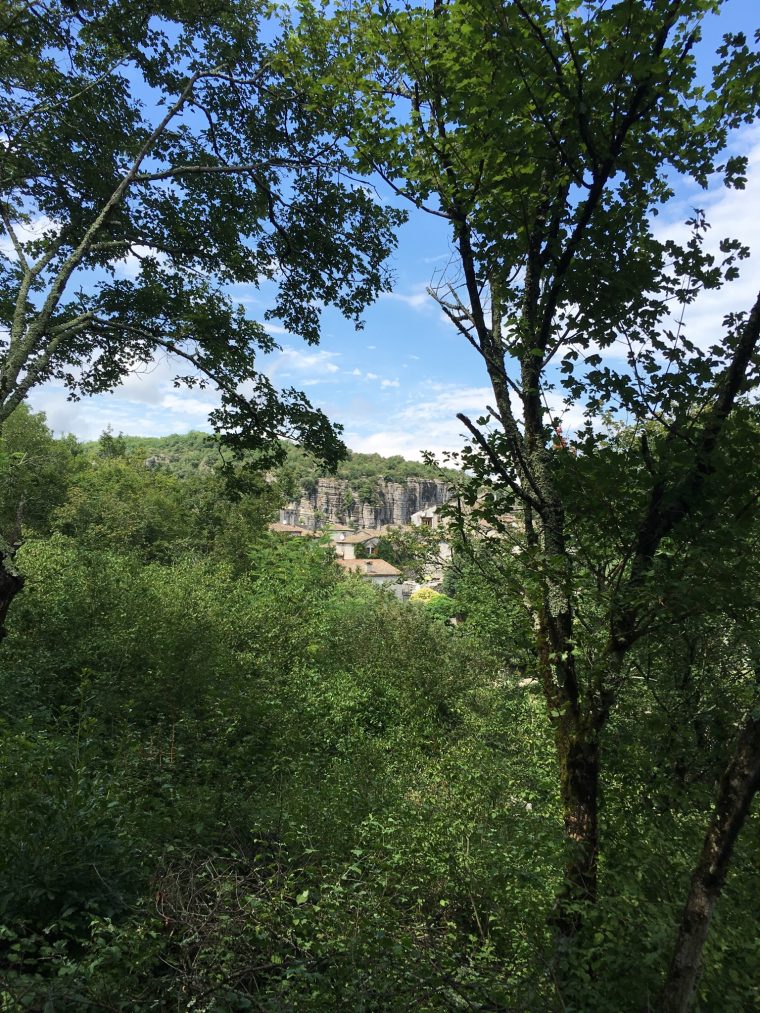 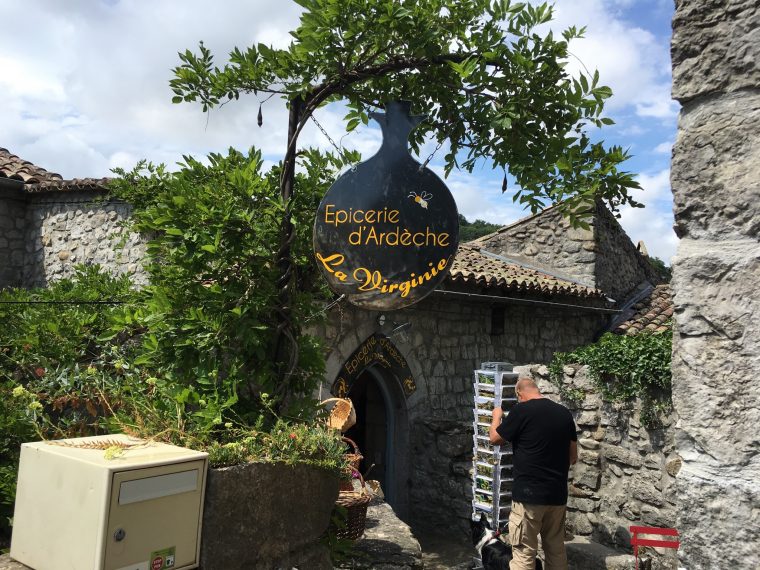 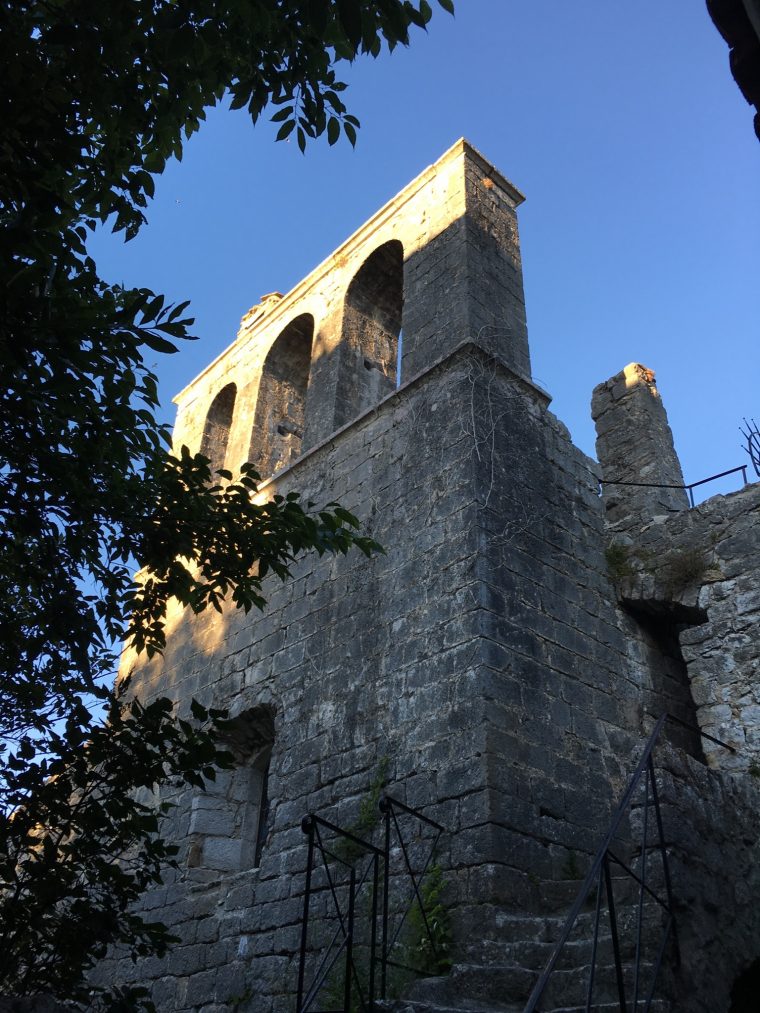 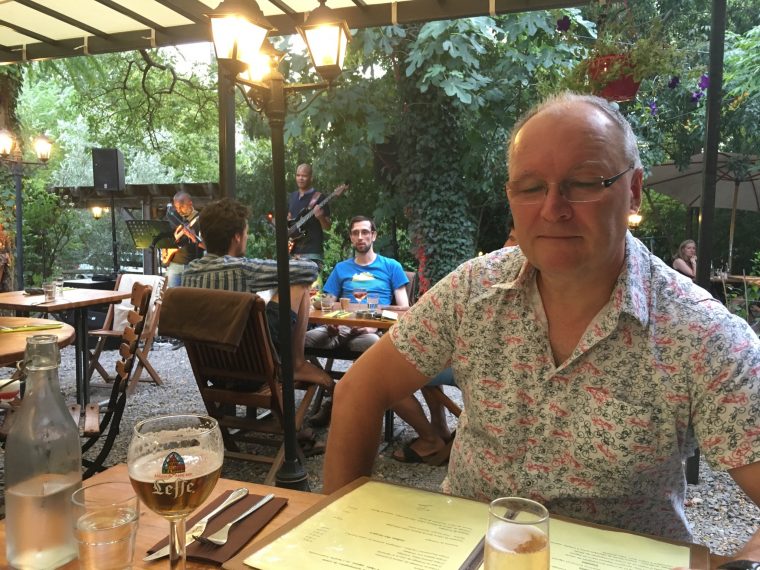 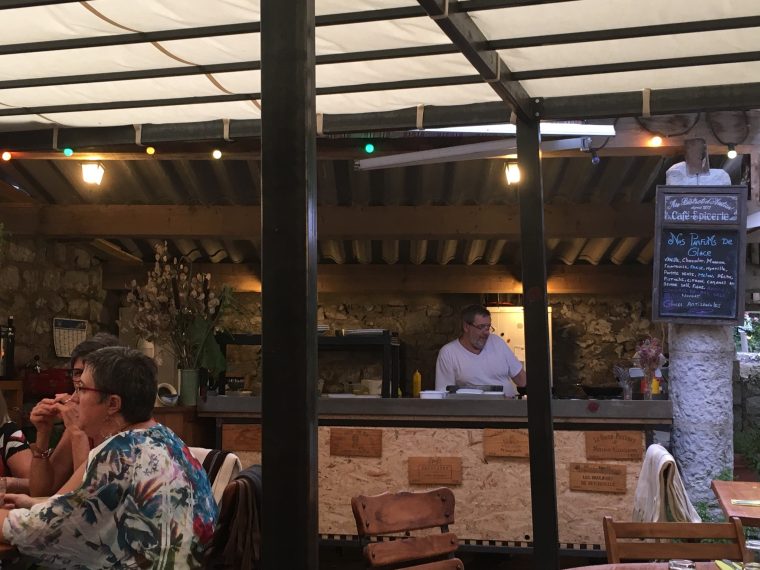 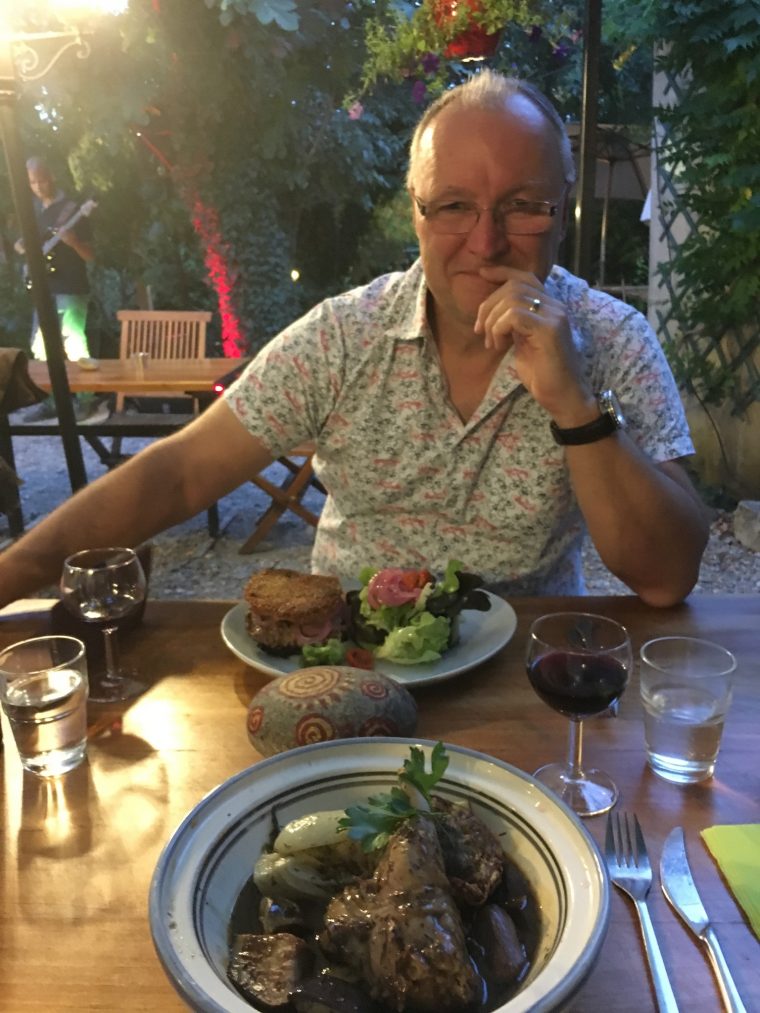 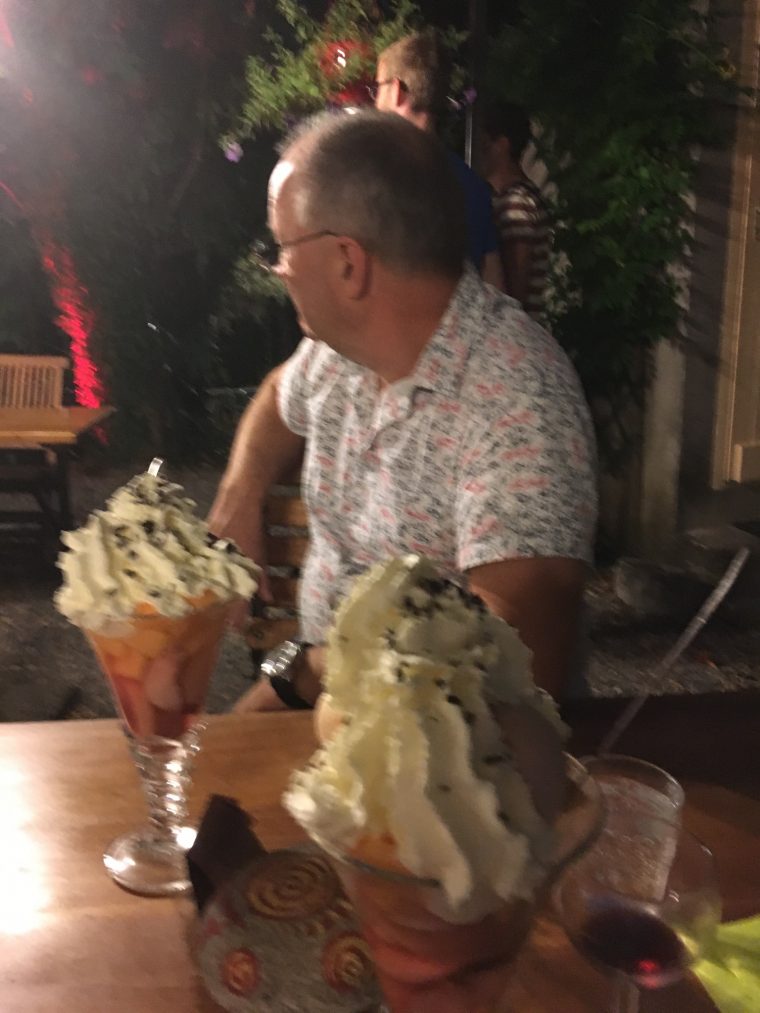 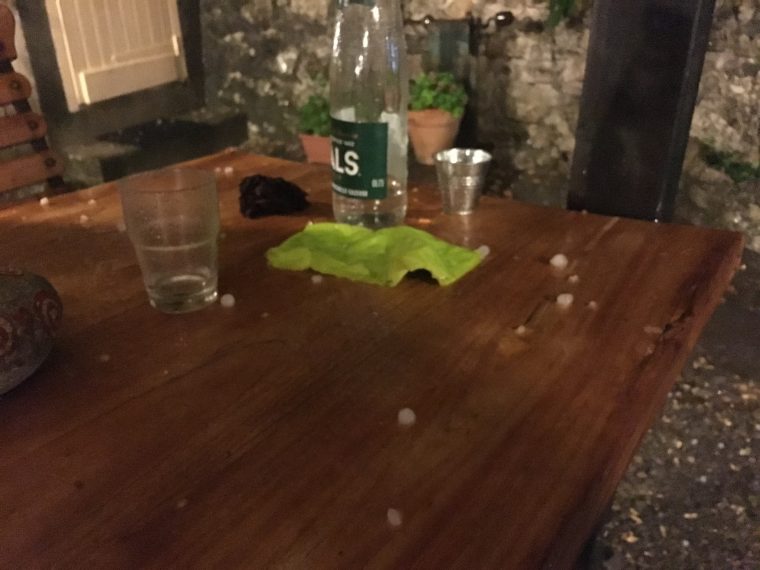