Our home for August!

We finally managed to find our new home in the Luberon by dint of actually getting out of the car and walking down the road looking for house numbers. Our home is in Rue L’ochre Citron in a quiet hamlet called Les Tamisiers in Gargas. Gargas is a lesser known village in the Luberon. It is a wide area that encompasses many little hamlets, just outside Apt.

Ann finally found the number we were looking for on a post box inside what looked like a London ‘arches’ garage in a very narrow street. Overhead it was inscribed ‘La Gloriette’.

Having failed to reach our hostess by phone, as requested, Ann rattled the wooden door that appeared to allow access to the property. She was just walking away, wondering what to do next when Madam Catherine appeared through the little door, apologising profusely. Apparently her phone was broken. She was followed by a German lady. Her car was parked in ‘The Gloriette’ and she offered to move it for us so we could park close to our gite. It turns out they are for three weeks and it is the fourth year they have been here. We’re looking forward to talking to them more. Madam had told them some British people were coming and they had apparently been looking out for us but our Cyprus number plate fooled them!

Madam Catherine showed us around. After the slightly tricky start we were a little apprehensive. However, we were totally amazed by our accommodation. Beautiful high ceilings, stone floors and a modern kitchen. Also state of the art TV and, hallelujah, a wifi box in our room!! Plus a contact if it all goes wrong. It turns out its super fast. Cliff is mega happy! He can settle down to work and get on top of things.

And in contrast to Balazuc, where there were no towels, no bedding, no toilet cleaner, no kitchen paper; here we have all that plus a welcome bottle of wine! Magnifique.

We have made one addition, we have bought a gazebo. We were moving the table between meals, chasing the shade. Now we have the perfect spot. There is also a large shared garden where Ann can practice her yoga

It was also fortunate that Ann decided to bring along the slow cooker.  She thought it might come in handy after long days on the bikes  but actually it has proved invaluable here, because the kitchen is petite and bijoux and the oven is on the window sill. It works well for reheating stuff and cooking potatoes but it’s very difficult to cook a full dinner in because Ann can barely reach it!

The biggest bonus of all is superb access to mountain bike trails straight from the house. There are also some pretty nice road bike rides too, although a little too uppy and not enough downy for Ann. No matter which way you go, you have to finish on a 2km climb back to the gite.  Ann will get used to it!

Although there aren’t many facilities in Gargas, it does possess a ‘Boulangerie’. So most mornings Ann  trots down (and walks sedately back!) with croissants, pain au chocolate and fresh bread plus delicious pastries and baked goods for lunch. Good job we bought the bikes. 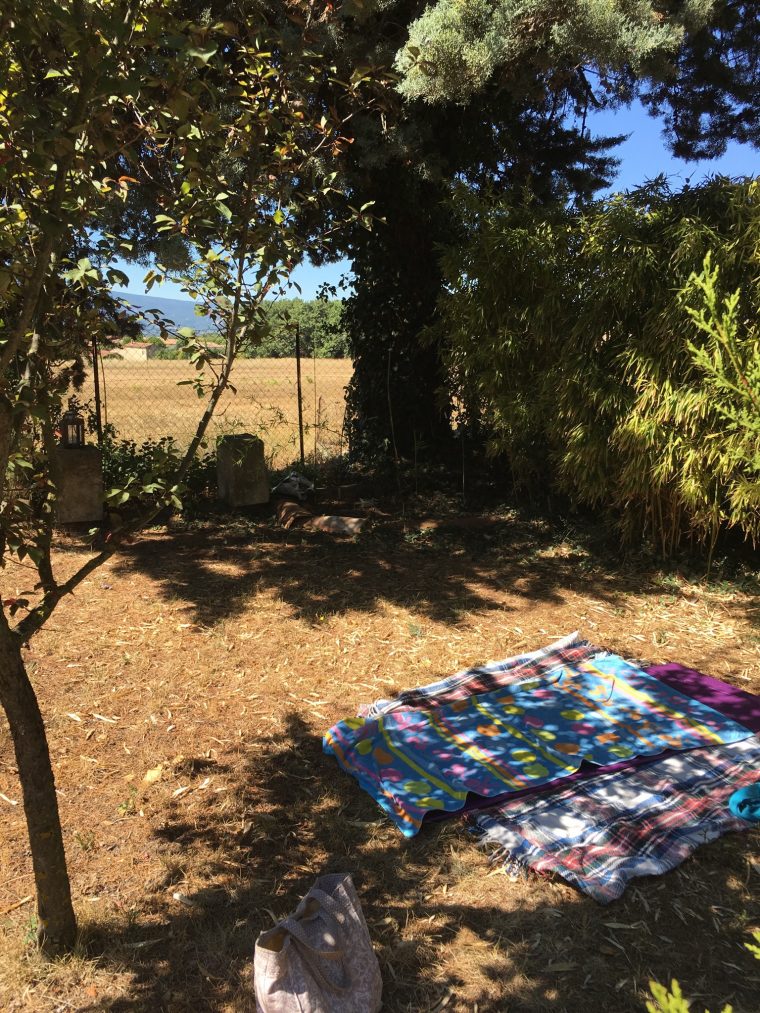 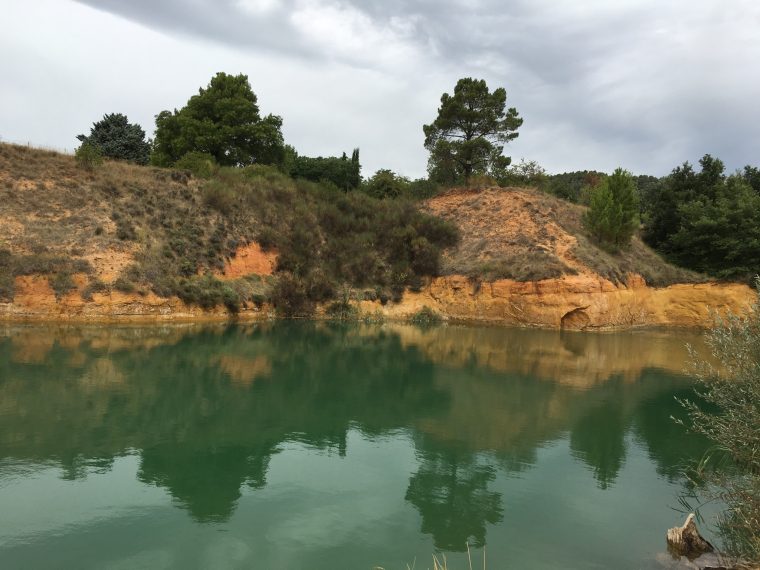 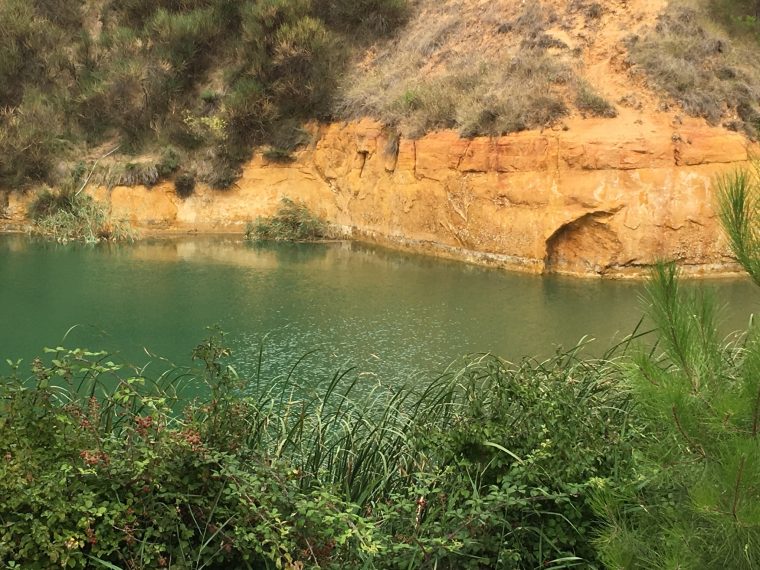 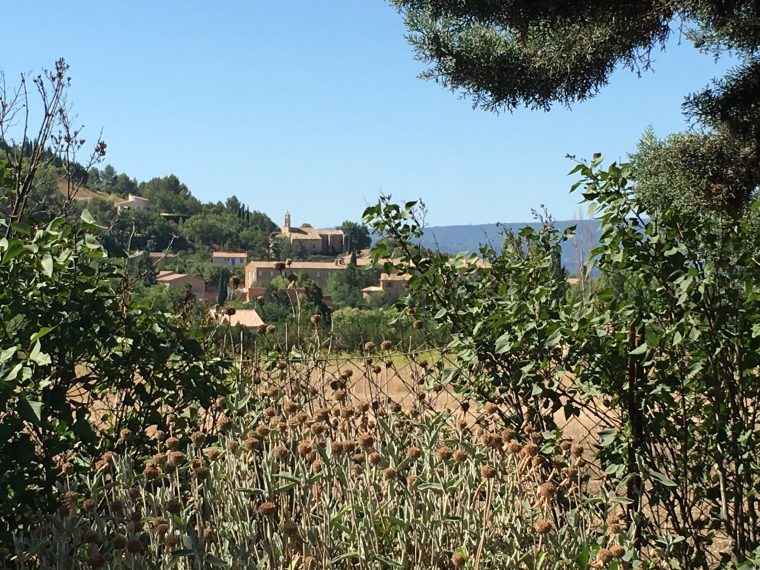 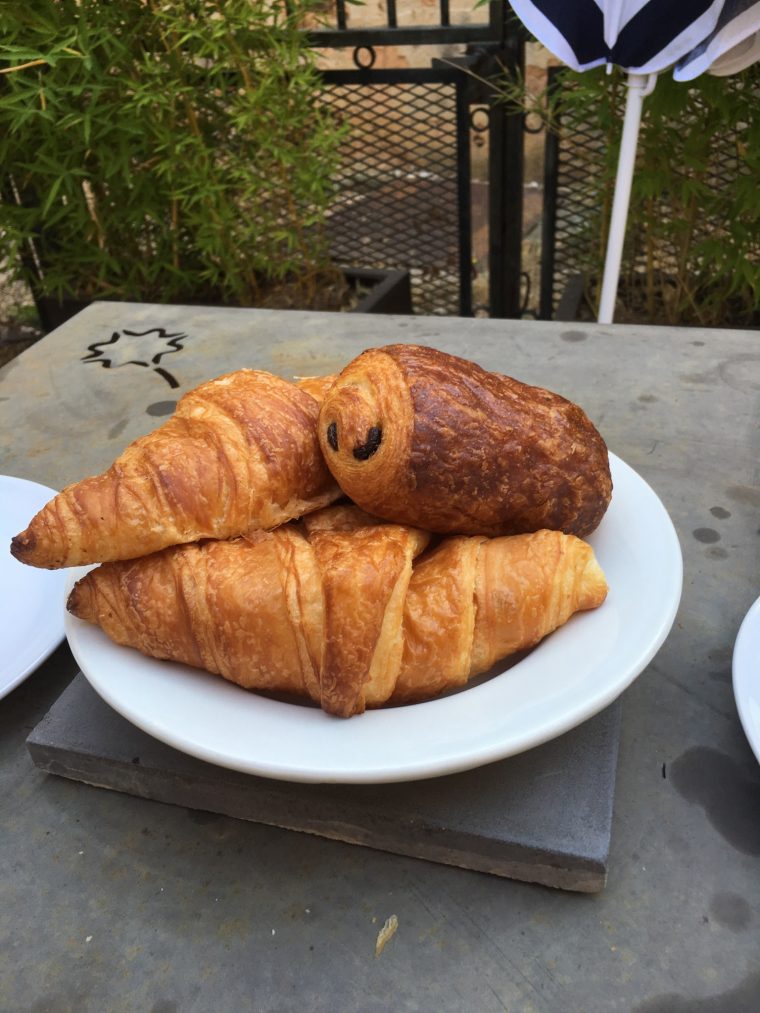 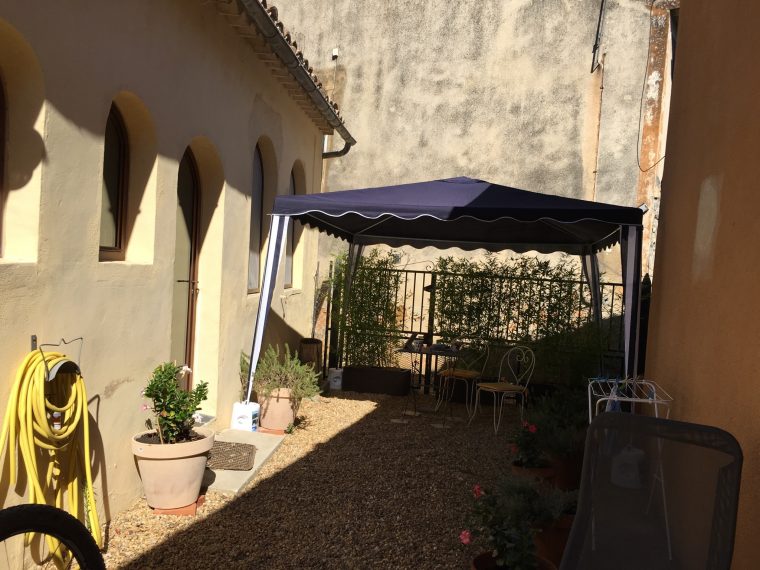 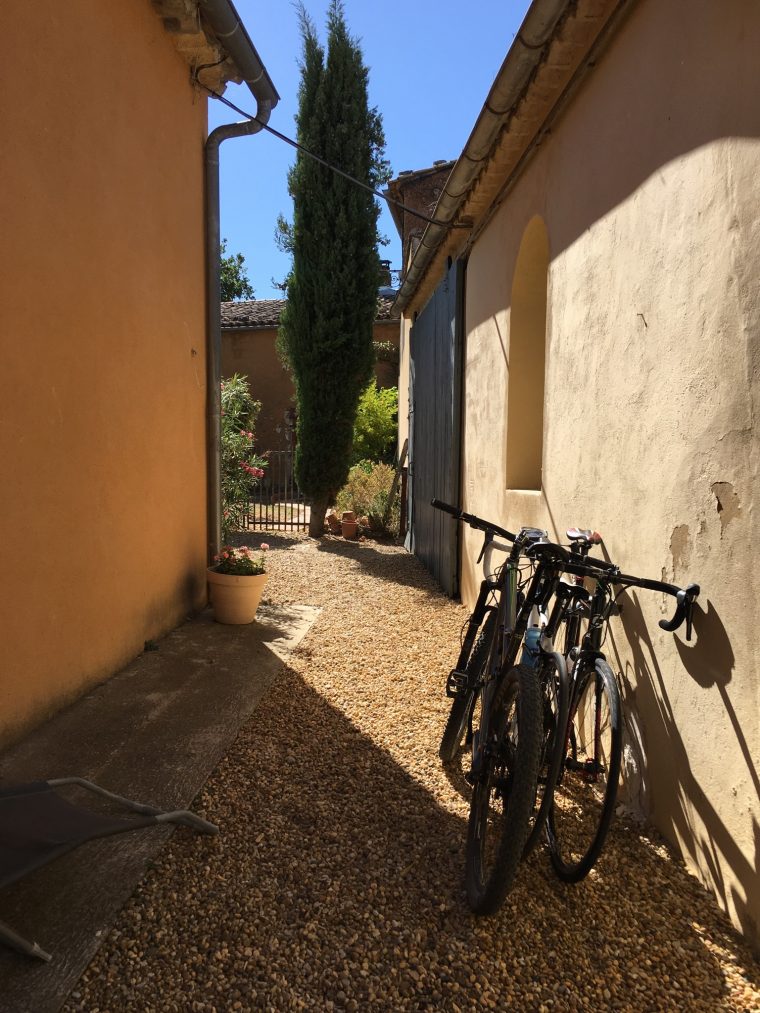 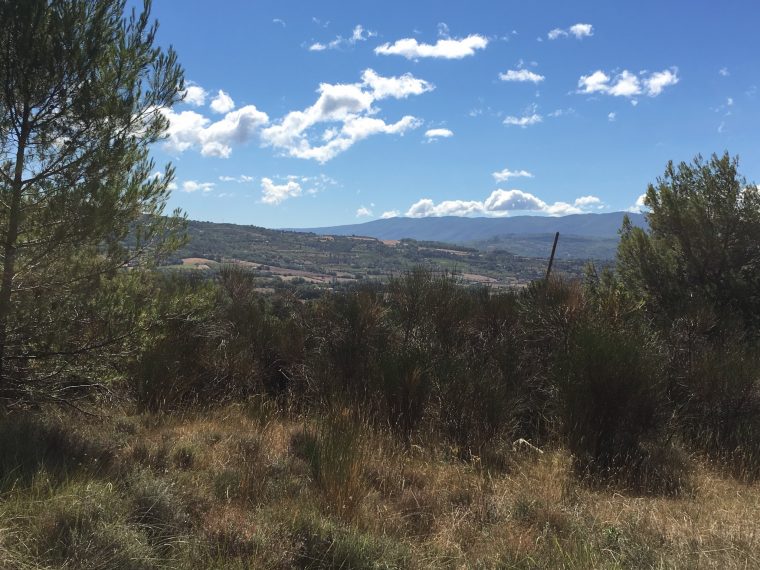 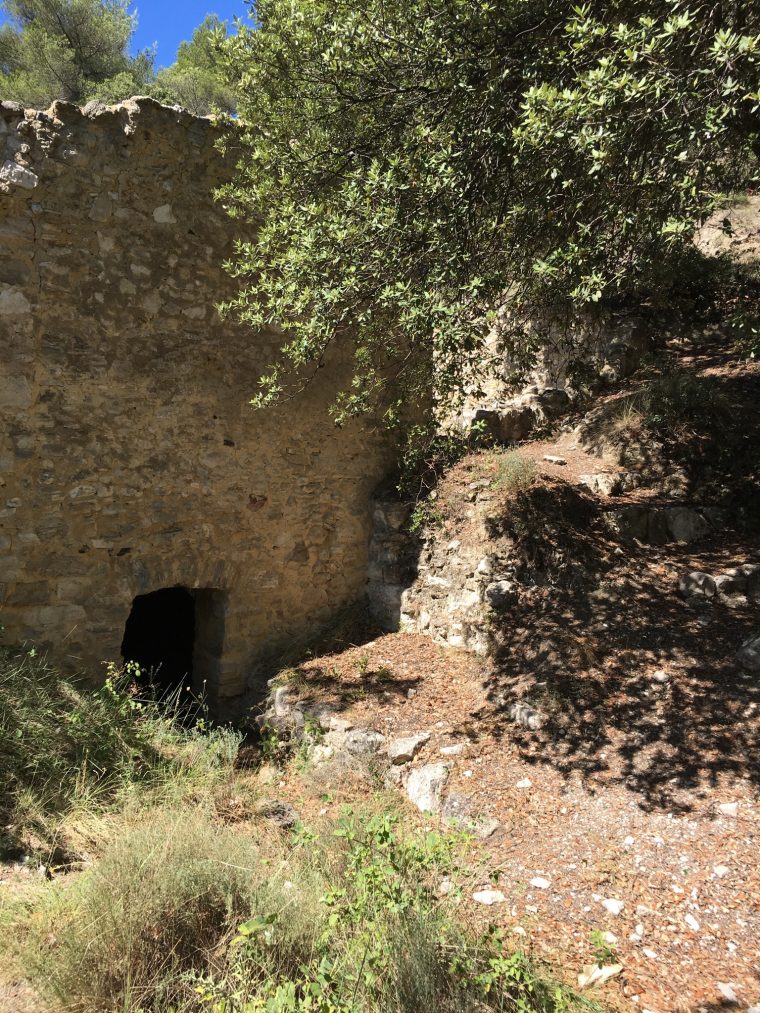 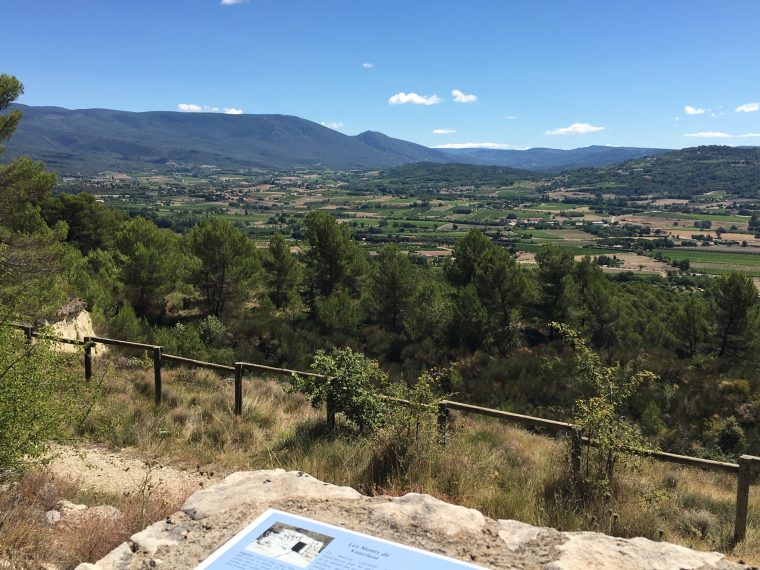 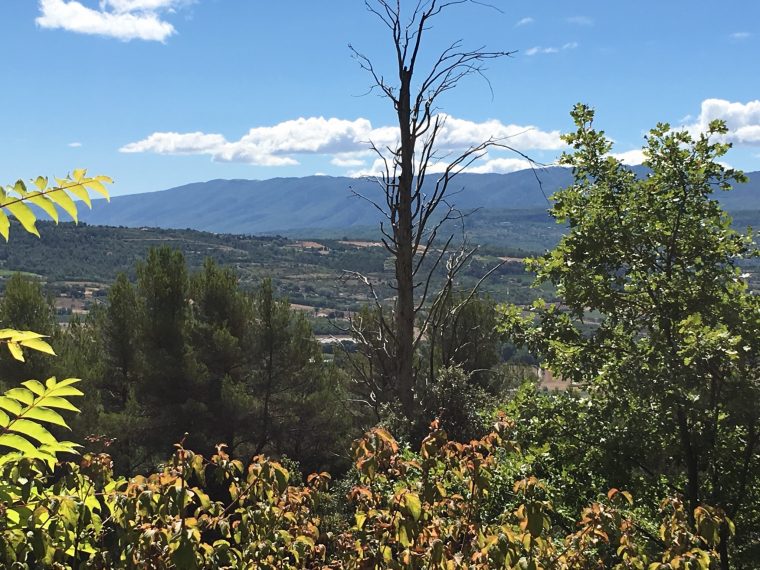 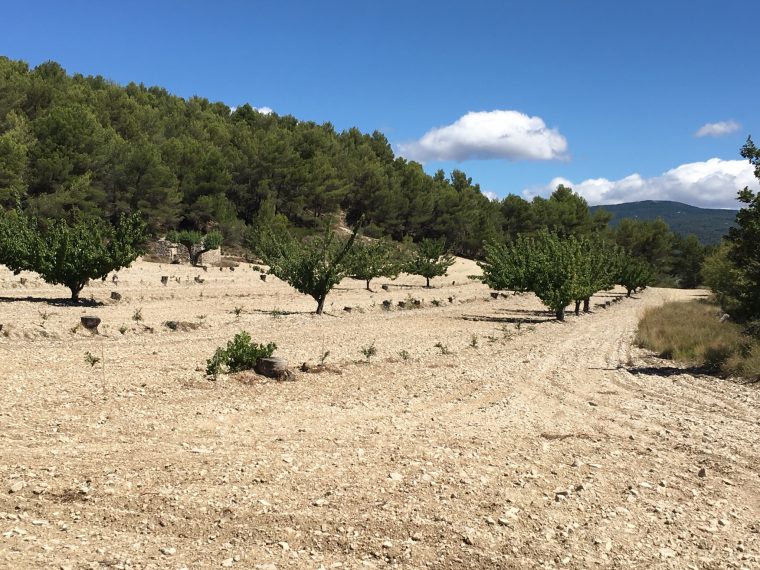 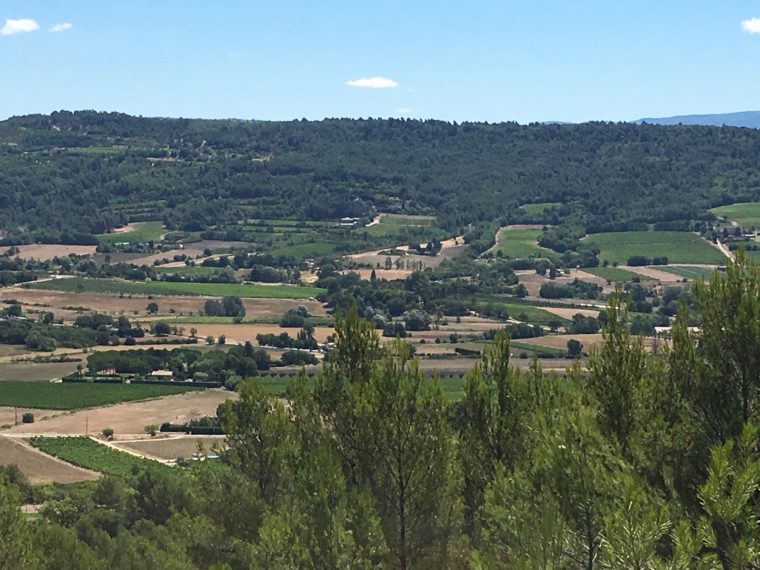 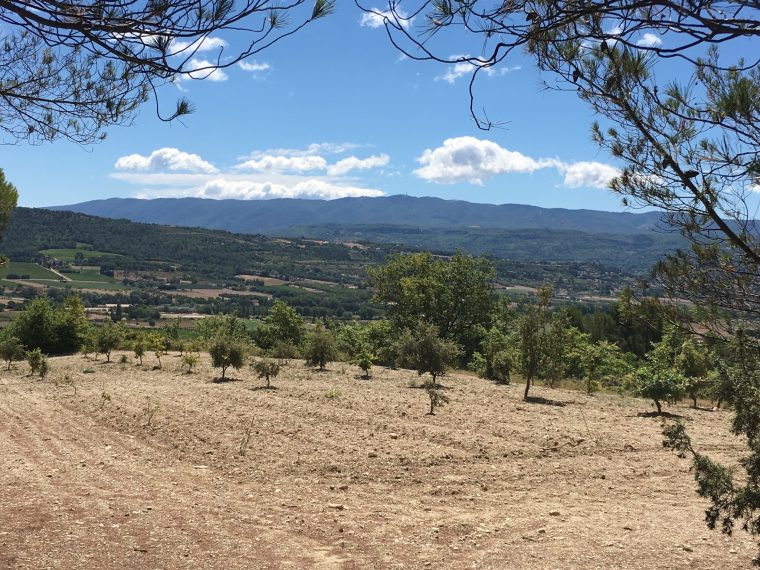 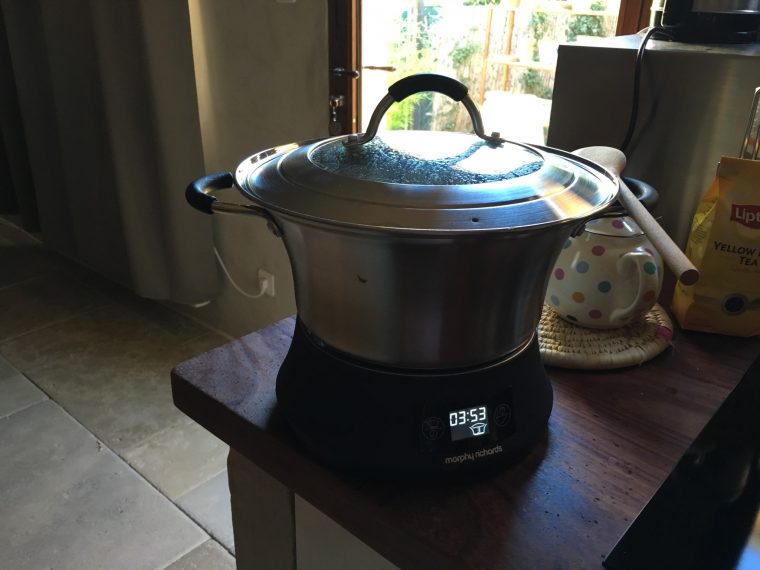 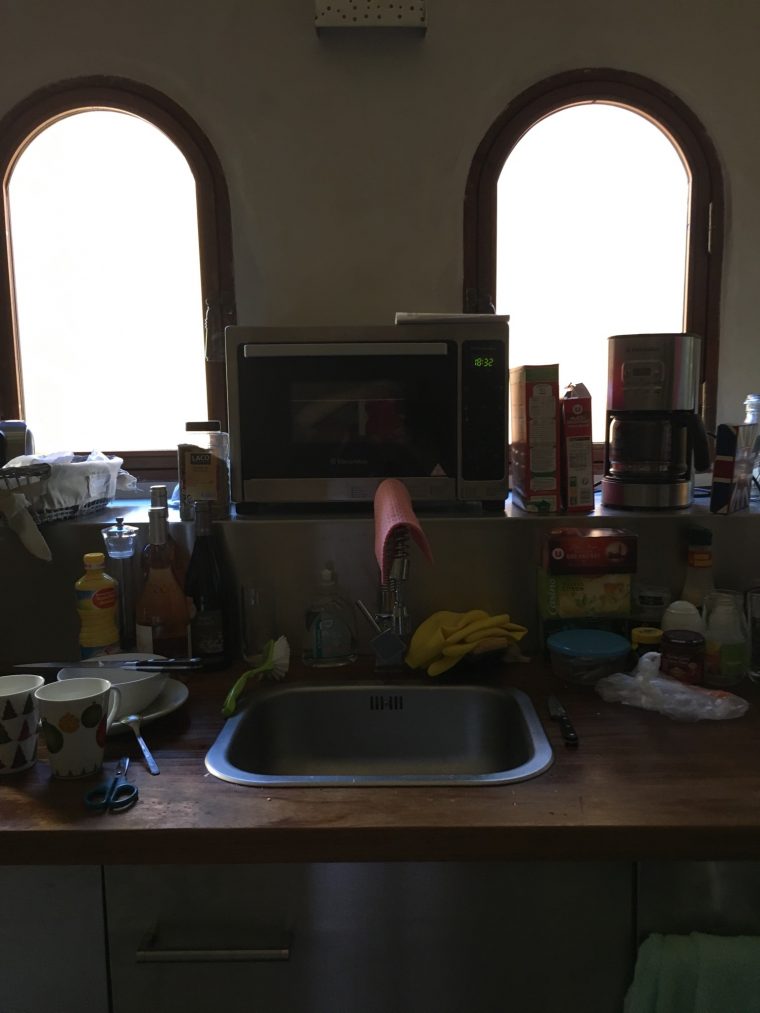 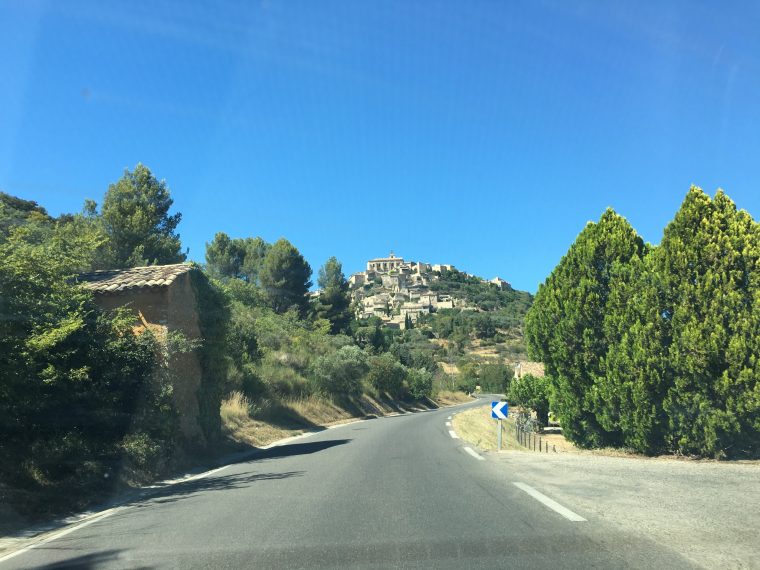 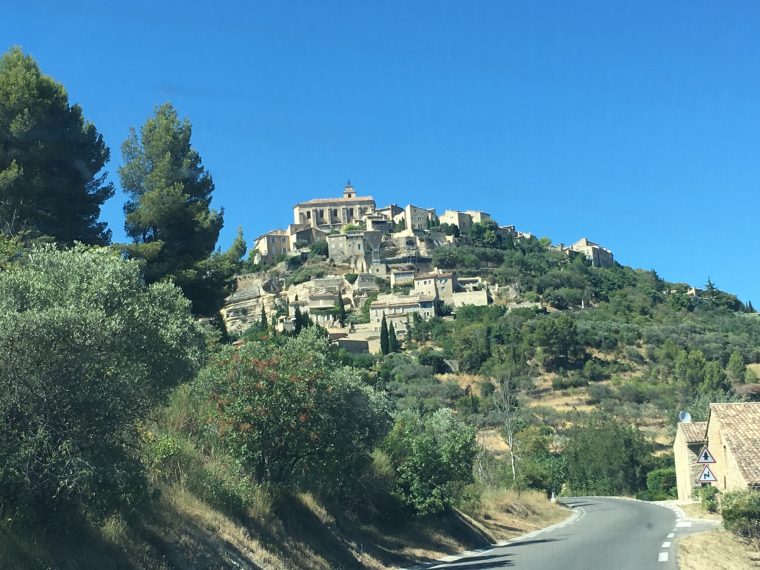 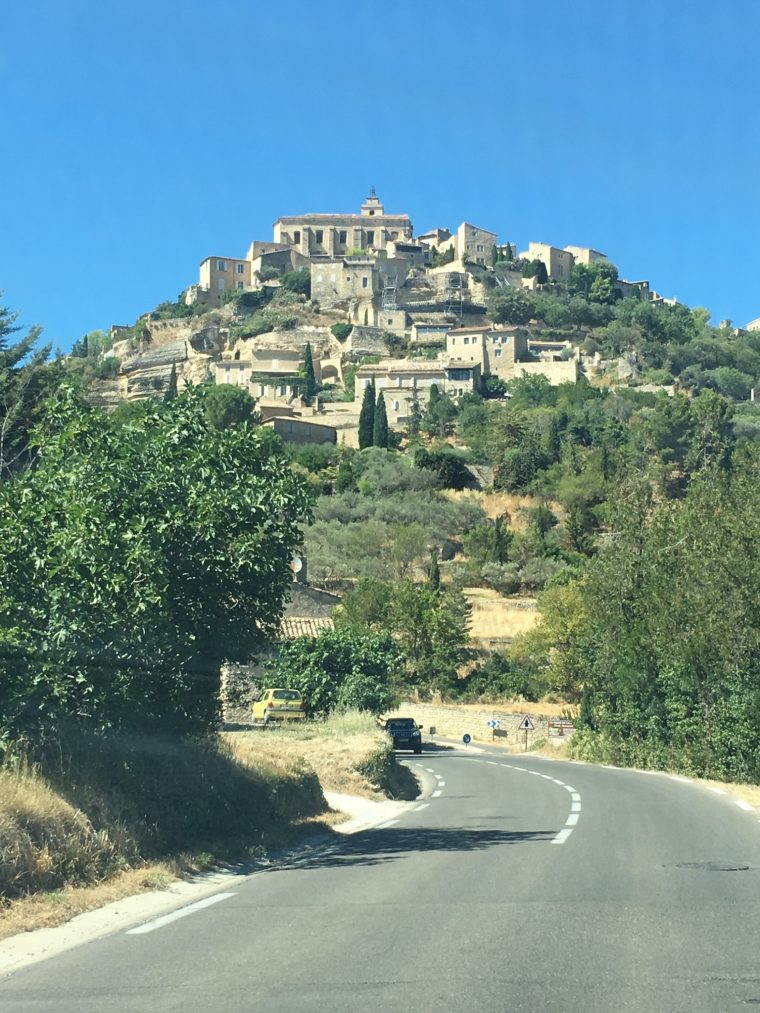 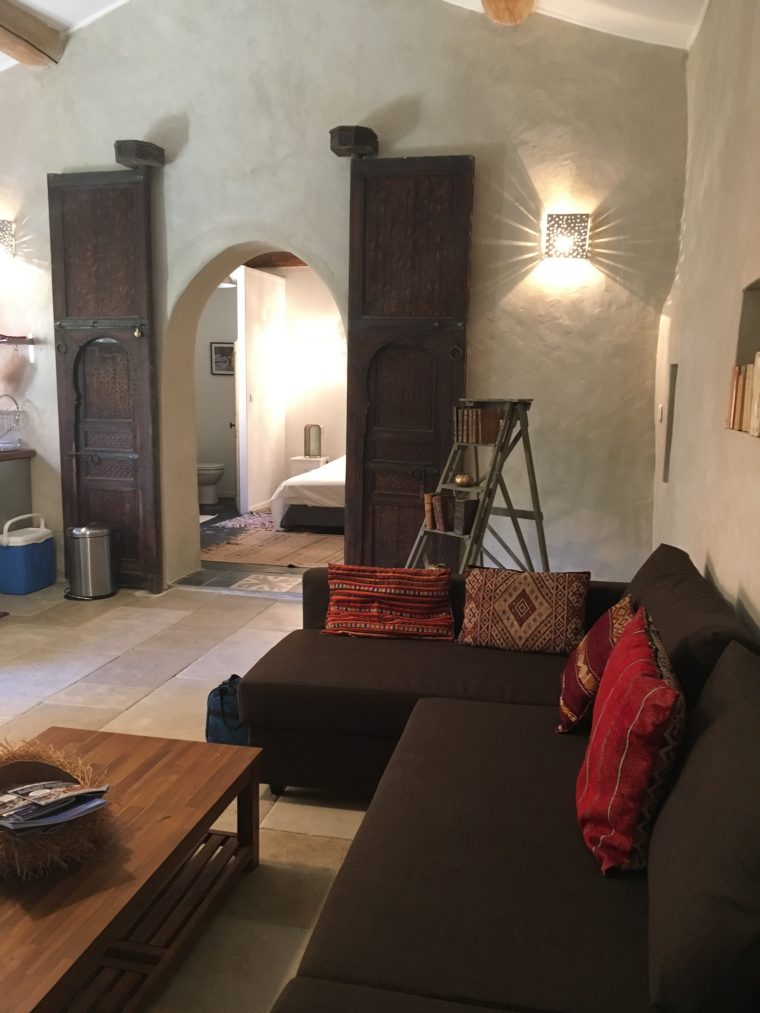 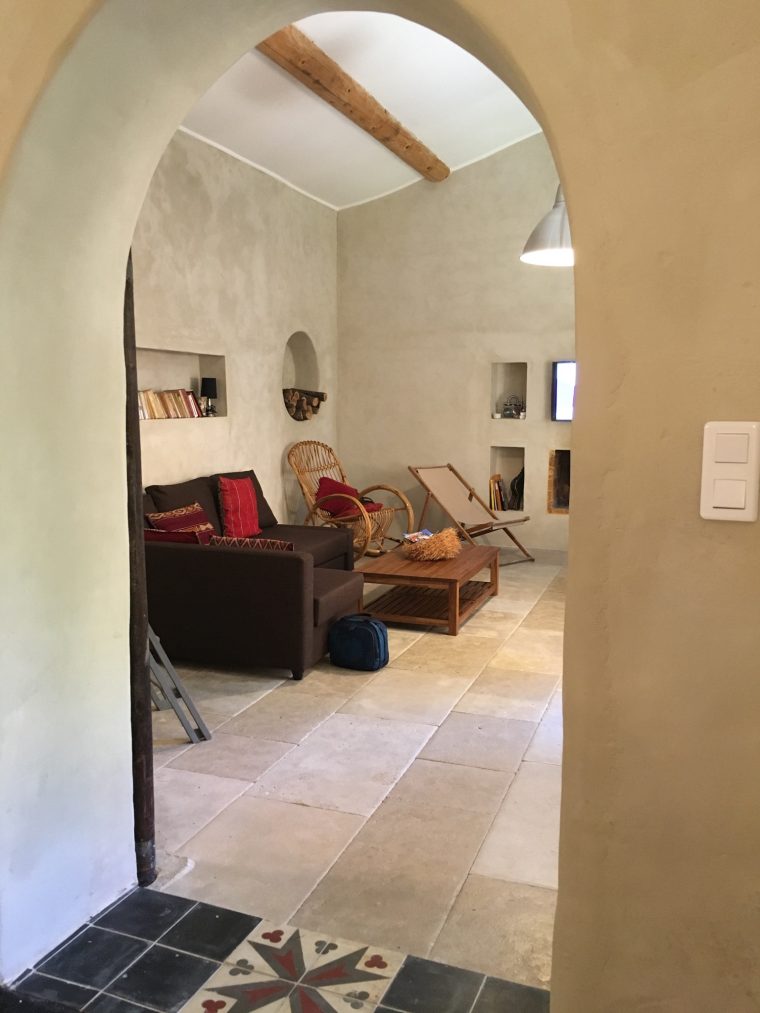 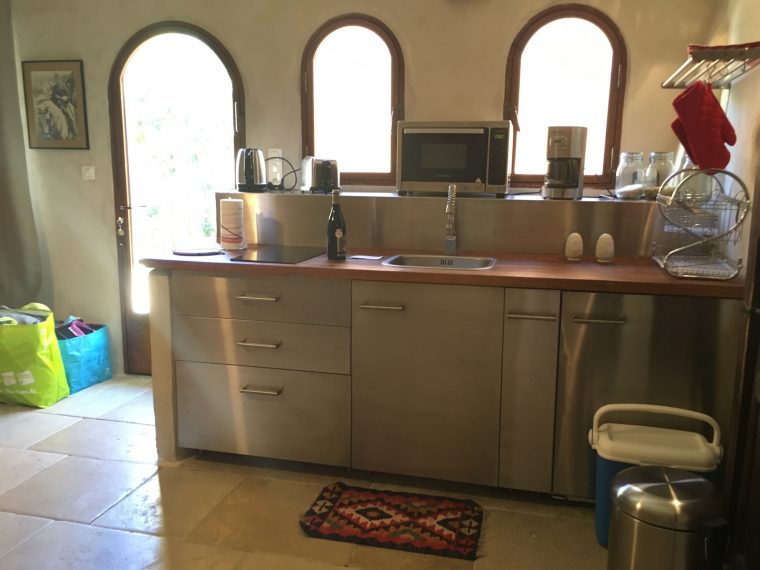 One thought on “Gargas”