Istanbul is a city squeezed onto  small islands amidst bodies of water with names to conjure with; The Bosporus, The Golden Horn, The Marmara Sea.

Part European and part Asian with a history that stretches back through the Millennia, we had a fabulous stay.

Following Sat Nav carefully, we manoeuvred through the narrow streets of the Sultanahmet district to our hotel. At first it looked like a little narrow house but inside it was like a tardis! Faintly resembling a rabbit warren, we were shown our room by the quietly spoken Dr Dogan. Our room was light and airy and spacious. Having established how long we had to visit, Dr Dogan gave us a map and suggested we go out and see some sights. If we hurried we just had time to see the Hagia Sophia, because it would be closed the following day. So off we went!

The Hagia Sophia started life as a Christian church, built in 537 by the Byzantine Emperor Justinian I. In time it became a Greek Orthodox Church and was highly decorated by masters of their craft. However, in 1435 it was converted to a Mosque by  Ottoman ruler Sultan Mehmed II.  Some of the Christian wall and roof paintings remain but the majority of the decorations and trappings are Islamic.

We were impressed by the building and in particular by the several 7m wide Islamic Calligraphy roundels. However, the atmosphere is overwhelmingly damp and despite having both Christian and Islamic iconography and decorations, it is strangely lacking in spirituality. With its function now as a museum it seems  to have lost its soul.

This is in direct contrast to The Blue Mosque, which we visited the following morning. It is a functioning Mosque and we had to remove our shoes before entering. Despite having donned, on purpose, a long sleeved, long length dress for the visit, Ann still had to wear a rather unattractive coverall and headscarf combo to enter!

The Blue, or Sultan Ahmet Mosque is truly beautiful. Built from 1609-1616, it was intended to reassert Ottoman power.  It is certainly very impressive, even today.

Following our visit to The Blue Mosque we then visited the Basilica Cistern. Nothing to do with with toilets in case you were wondering, just water storage! Cliff wasn’t keen, but Ann persuaded him that this was a ‘not to be missed’ site. Once inside he was very glad he’d capitulated!

Apart from the sheer size it has some fascinating details, like the Medusa column bases, purportedly removed from another late Roman building and the weeping column.  It is an amazing feat of Roman engineering, moving and storing water from a source 19km away. Truly not to be missed!! It was outside the Cistern on our first evening that we met the ‘helpful’ Musah. He had an uncle that lived in Oxford. He was very helpful about opening times and what time it was best to visit the various sights. He offered to give us his card and some tea and before we knew it  his cousin was spreading kilims (lightweight rugs and coverings) and  textiles at our feet! We managed to escape with our bank balance intact and a free drink! Lesson learnt!

On our second day the delightful Dr Dogan booked us a bus tour. It turned out to be one minibus, one driver, one tour guide and us! What a fabulous way to see all of historic Istanbul, including a ferryboat ride on the Bosporus. We visited several of the historic districts of Istanbul. Saw where they were extending the excellent tram system and drove up Camlica Hill, a popular park and picnic area with panoramic views of the city. Time for a cheeky ice-cream, then back on the bus to complete the tour.

In summary, we loved Istanbul.  The Turks love their parks and flowers and there was an abundance of beautiful places to see and rest and the city was spotless, no litter on the streets and very little graffiti. In  addition the people were friendly and helpful and ironically we felt very safe.

We are extremely saddened to hear of the terrorist attack  on Ataturk airport on Tuesday 28th June 2016. Fortunately we left the city early that morning.

We are grateful to all those that feared for our safety and appreciate your enquiries about our well being.  Our thoughts and prayers are for the families of those that lost their lives and for those still fighting for them in hospital. 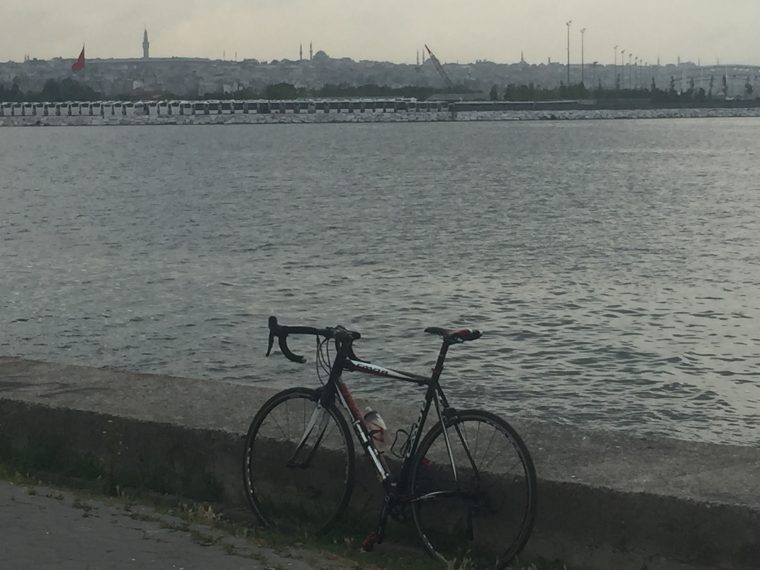 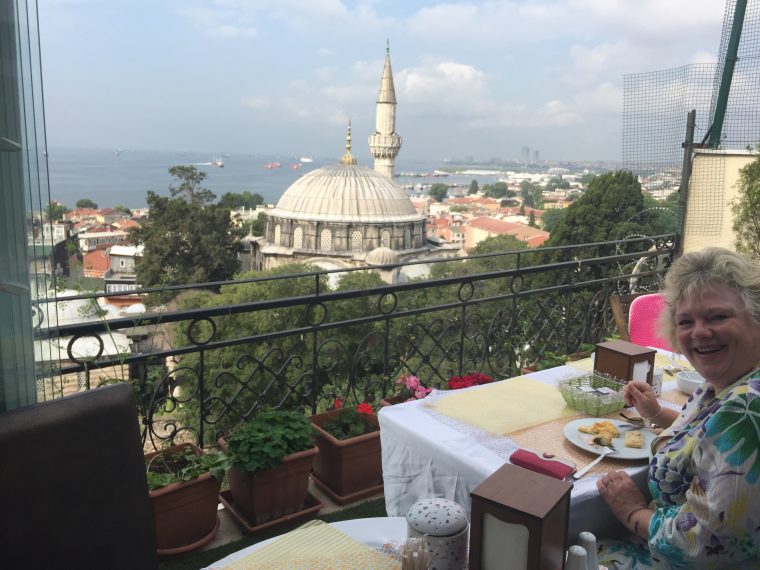 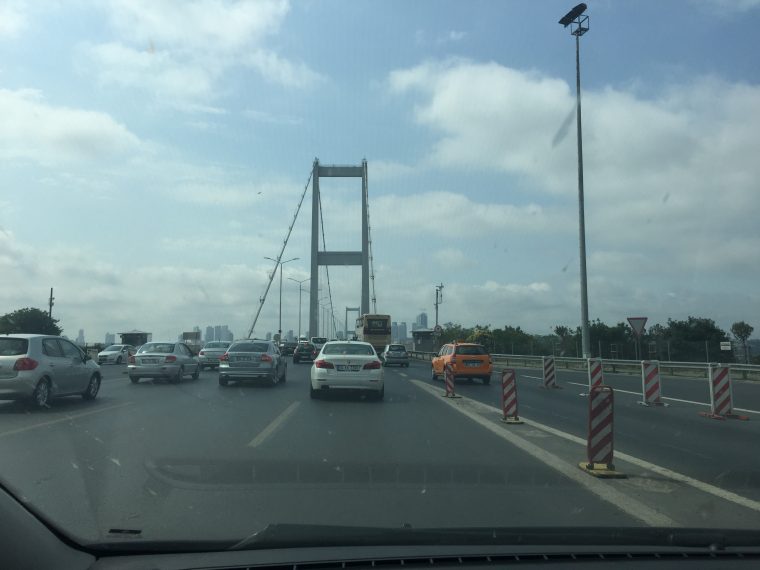 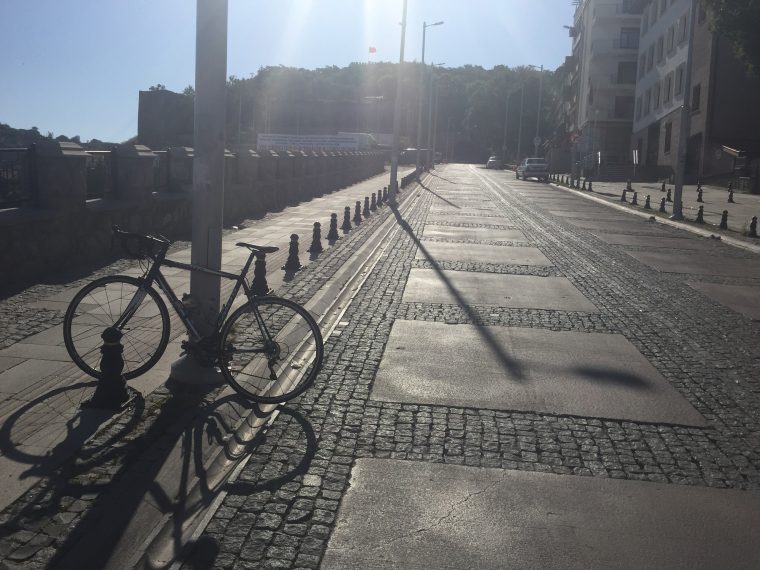 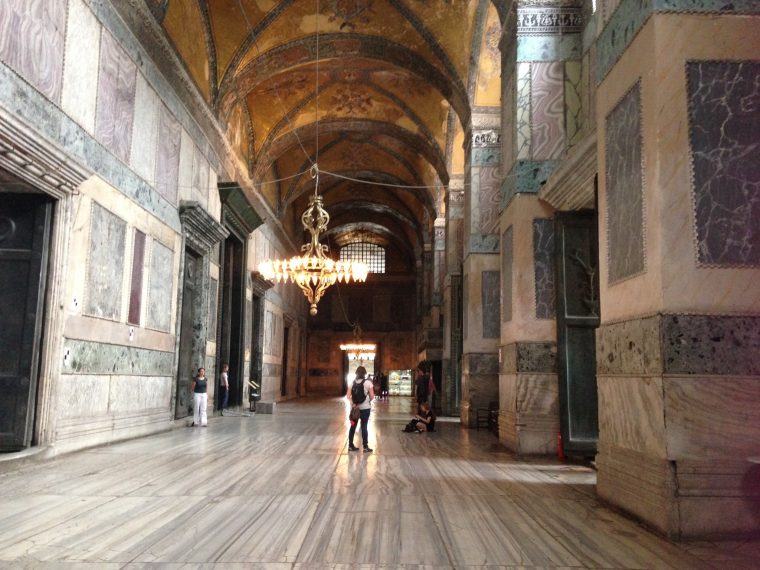 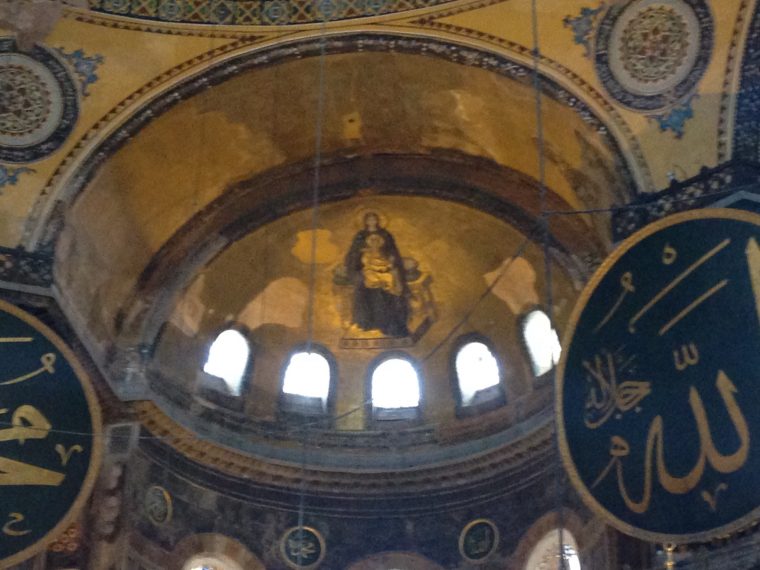 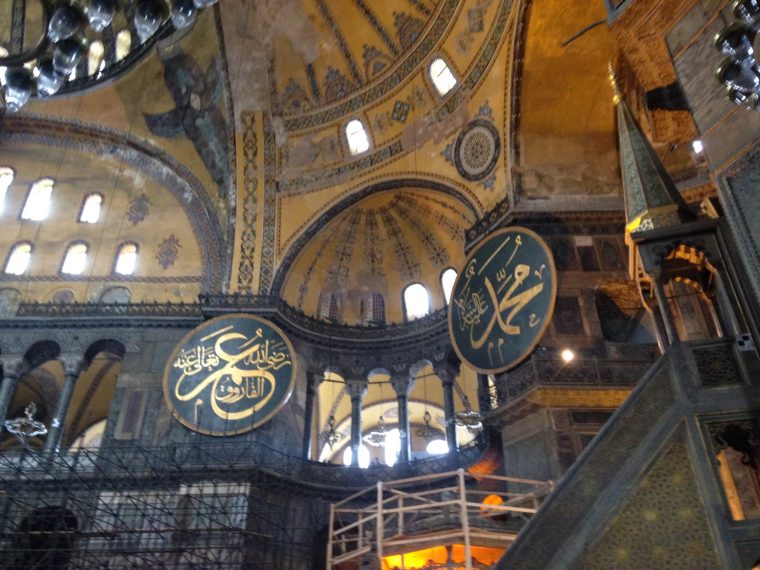 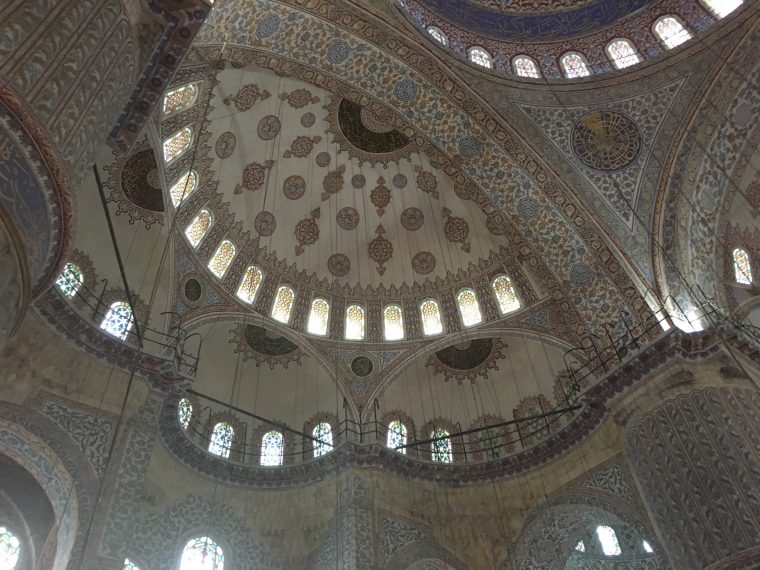 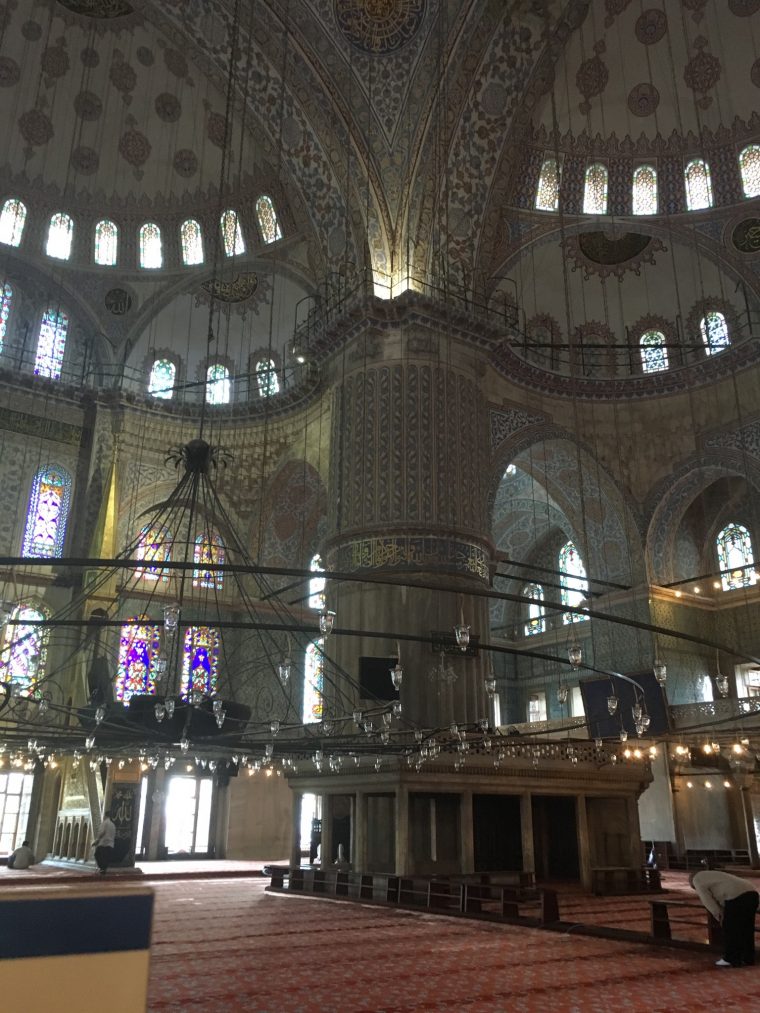 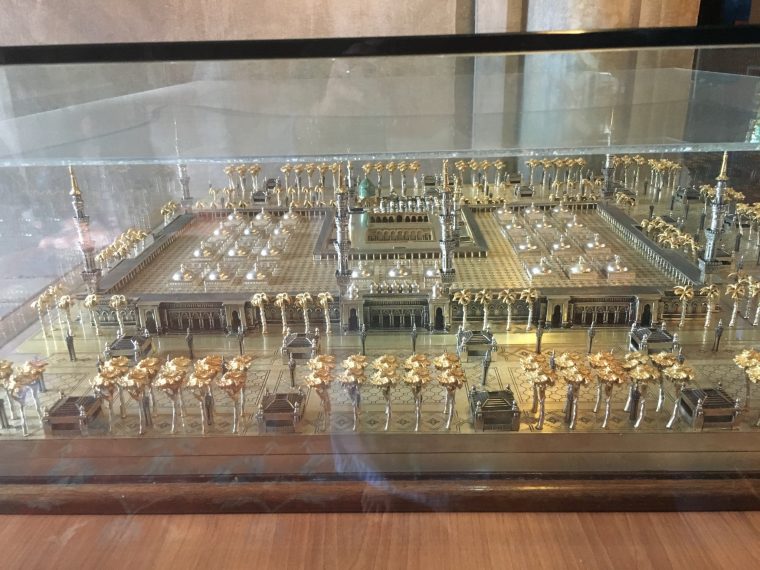 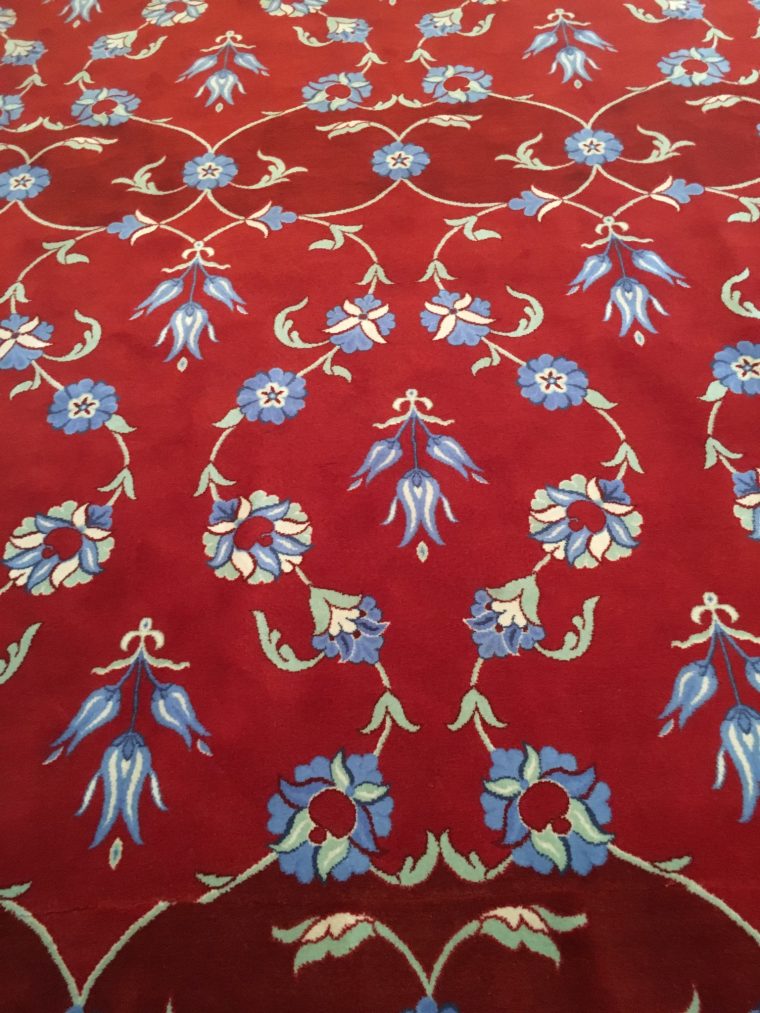 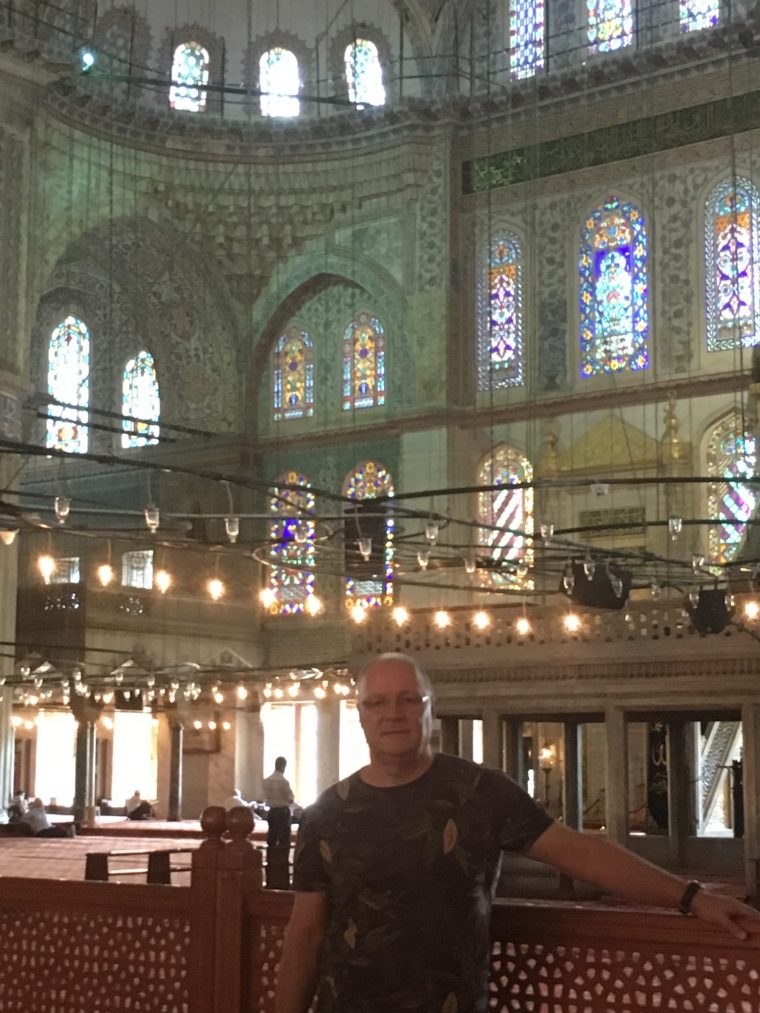 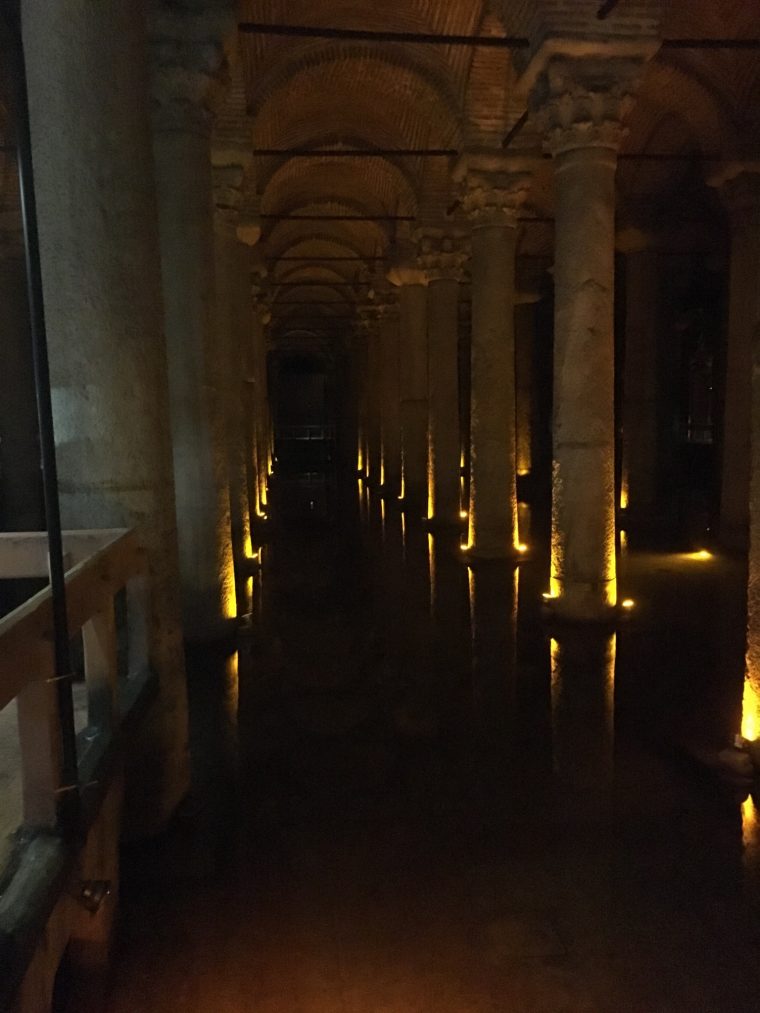 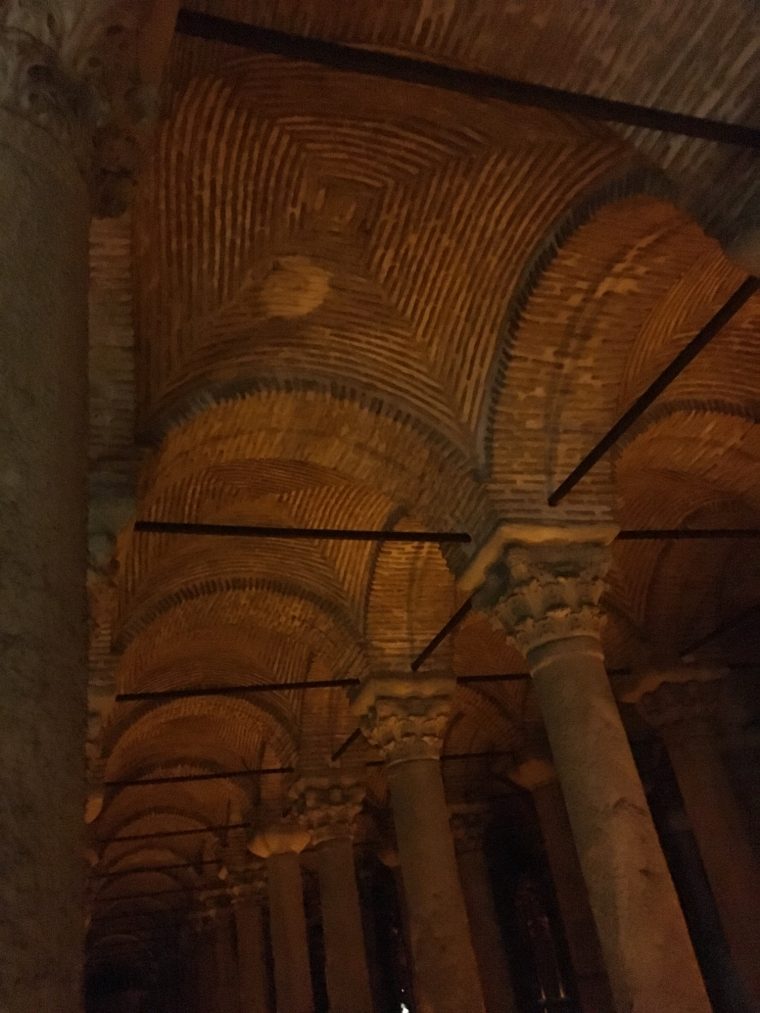 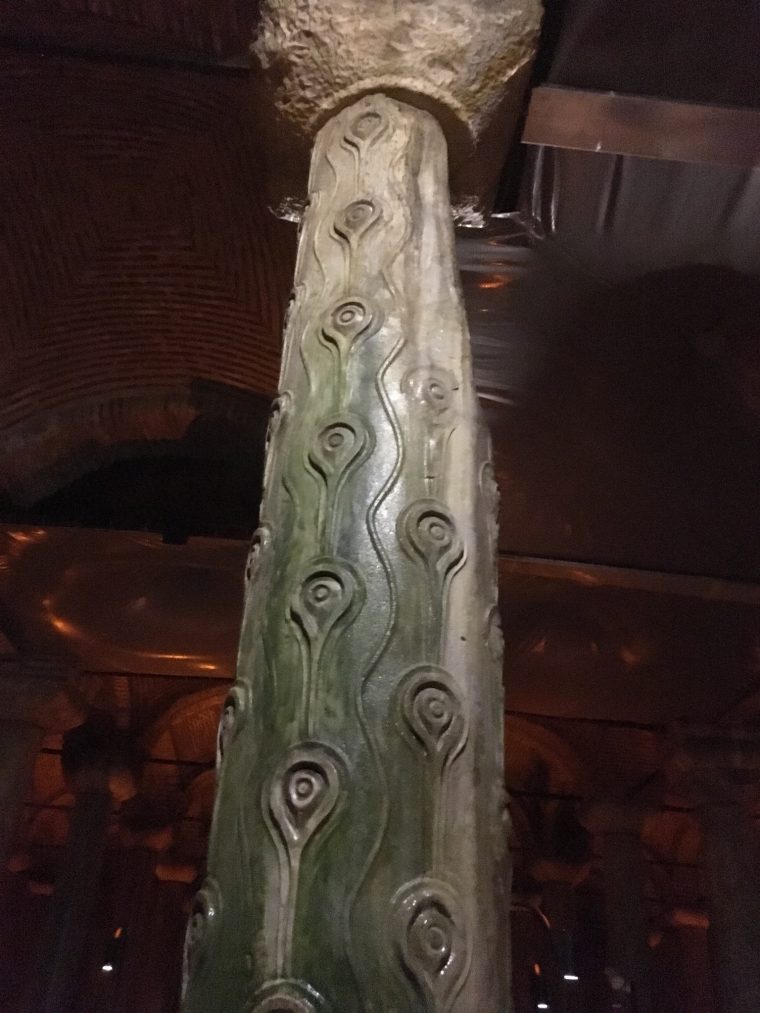 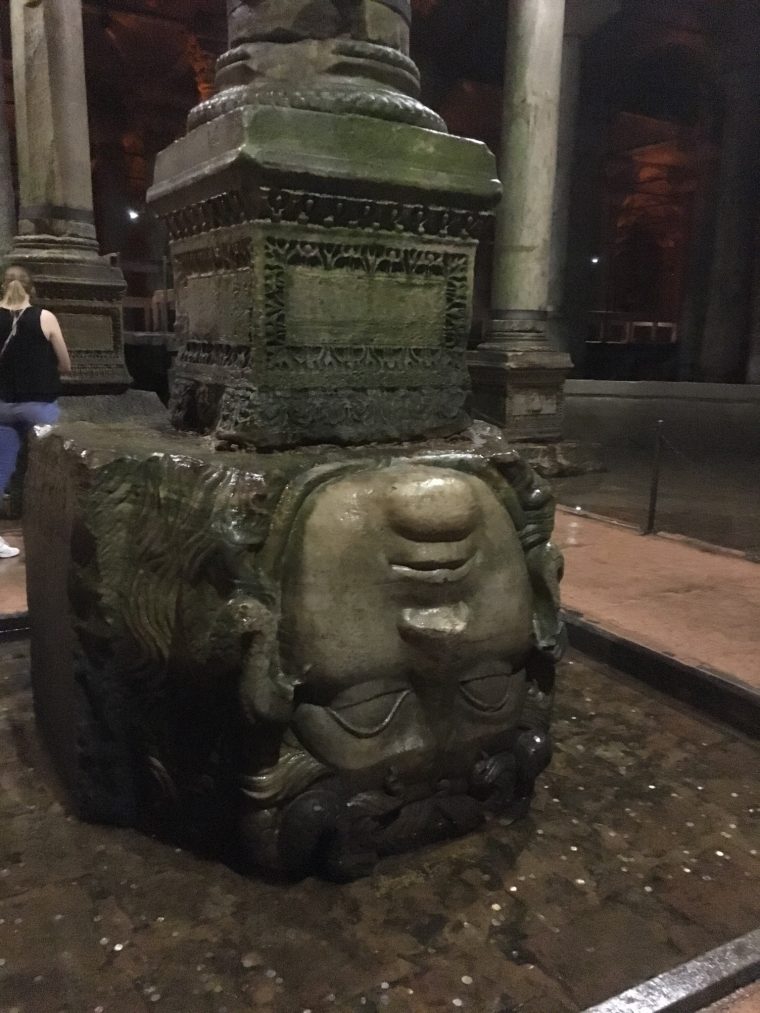 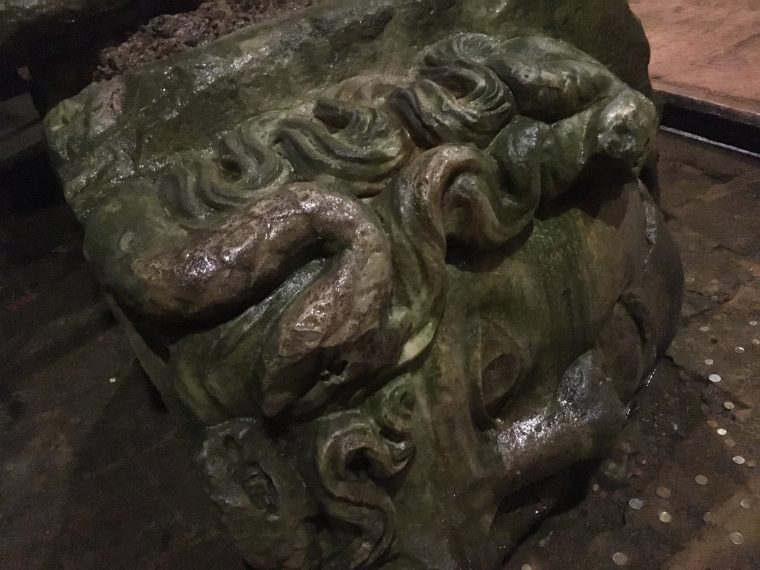 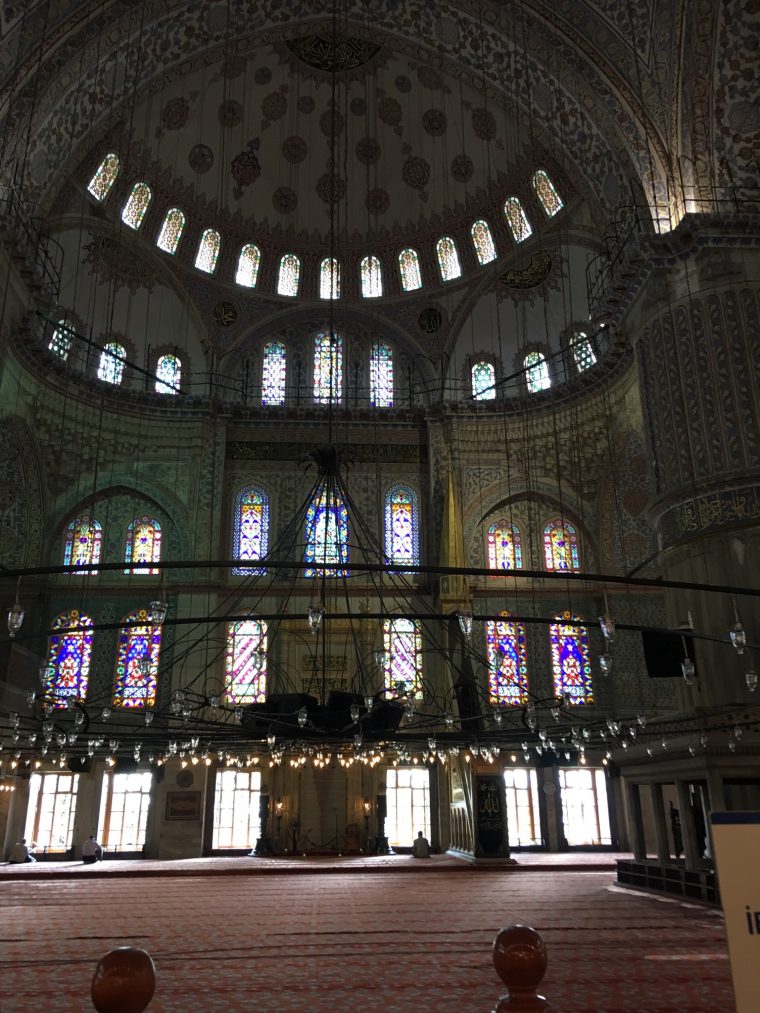 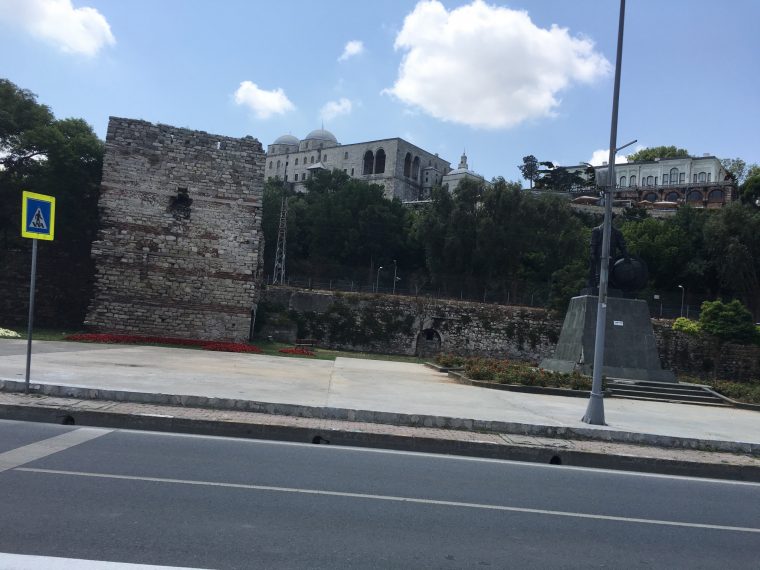 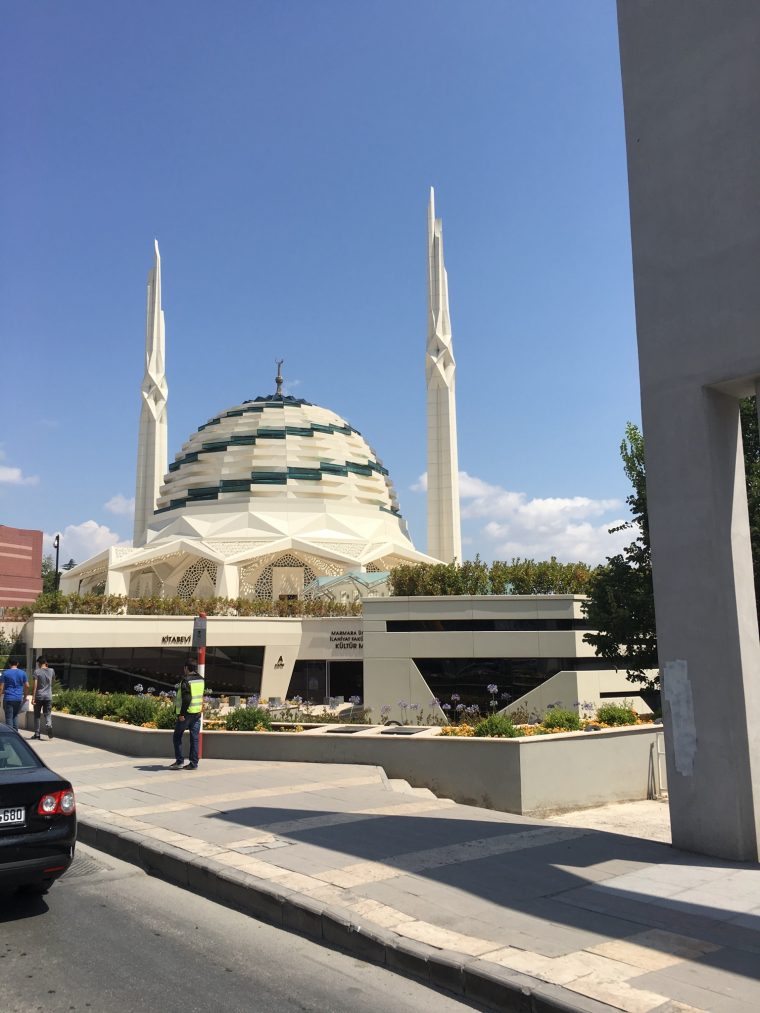 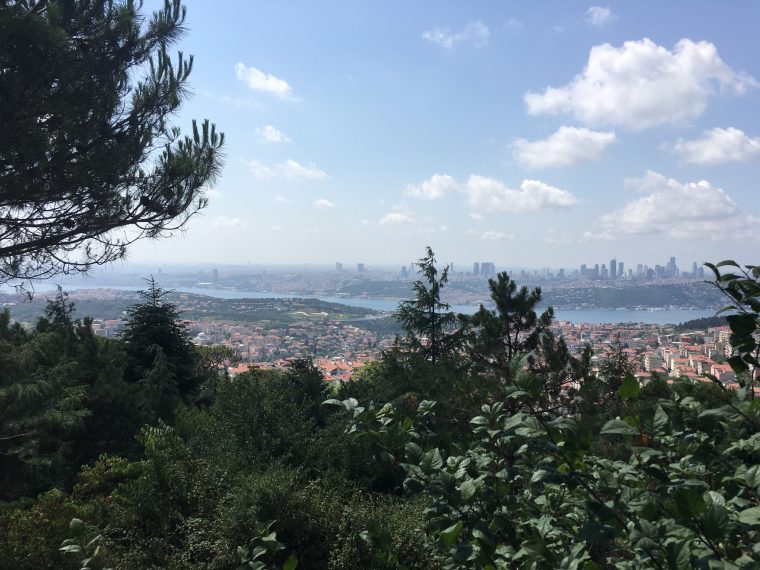 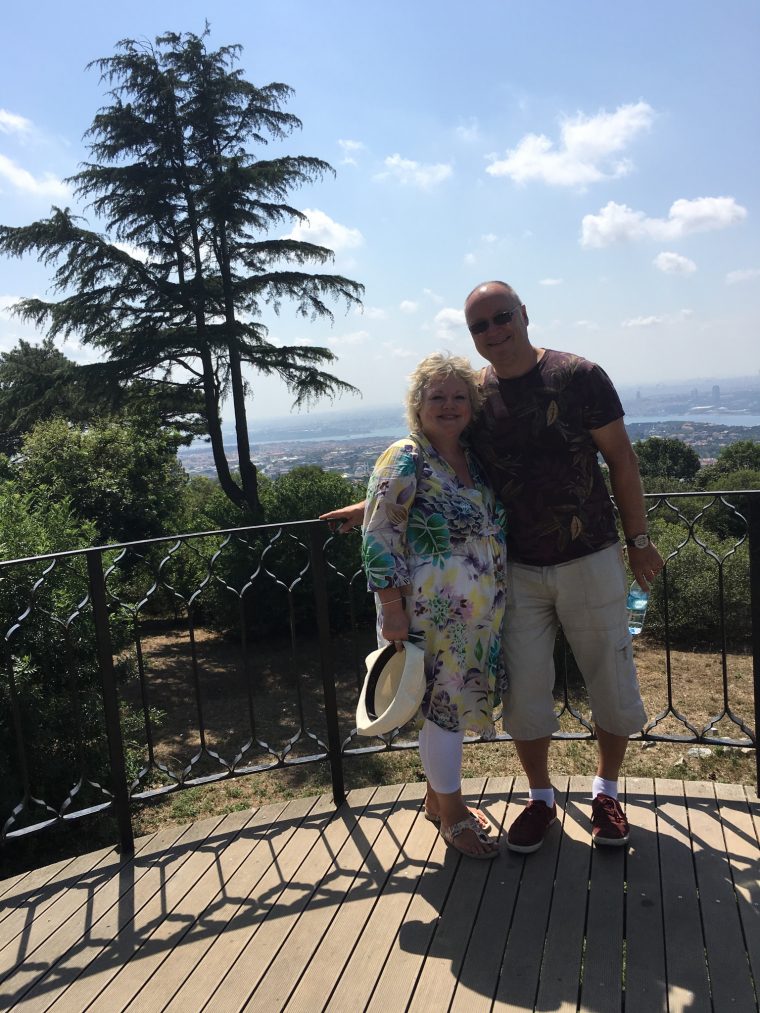 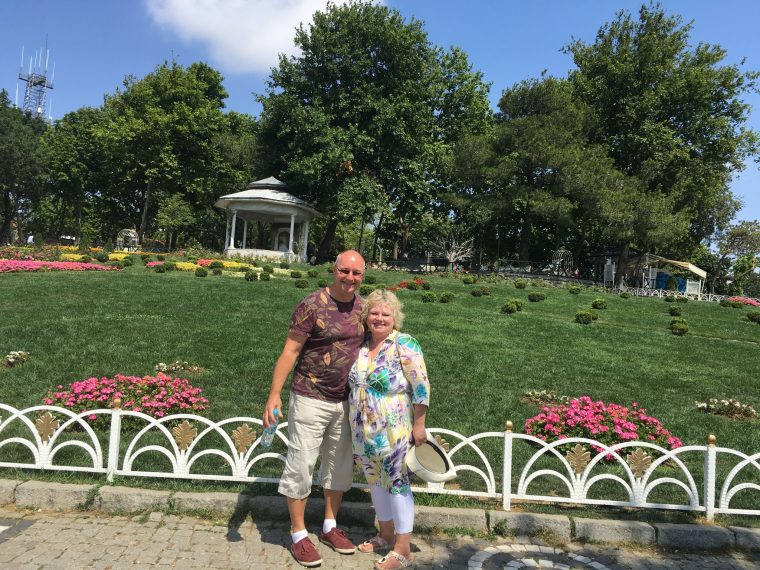 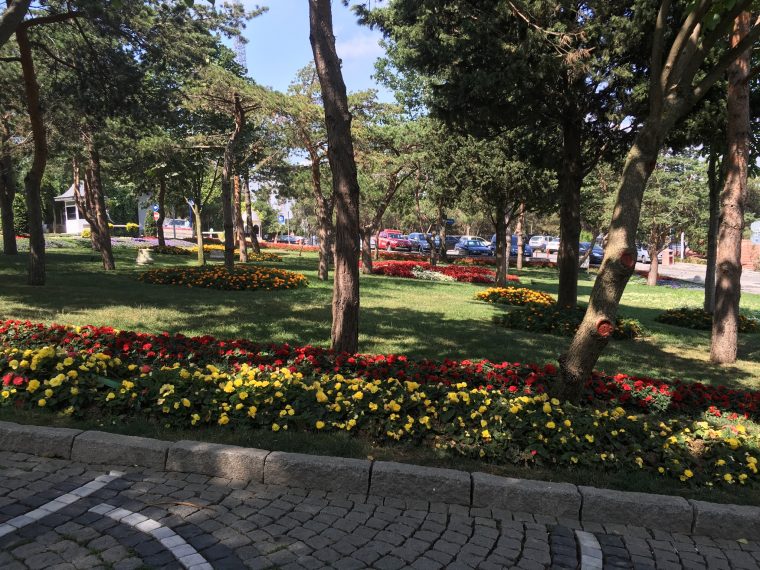 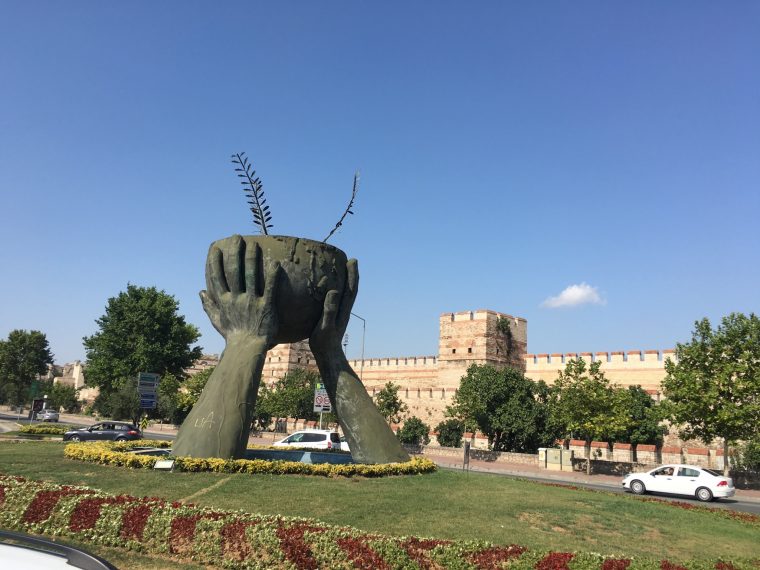