We left Florence and our lovely hotel with some regret, it had been a wonderful stay. Our last evening had found us far from the madding crowds, enjoying a bit of people watching as we ate our meal at a pavement restaurant. The staff were attentive and efficient and the food was delicious.

The previous evening had been a bit of a disappointment on the restaurant front. We made a reservation at one of the top 3 restaurants, according to Trip Advisor and our concierge. However, on this occasion Ann had failed to read sufficient reviews. After 40 minutes approx, we finally received our drinks and after 60 minutes, with no sign of any further interest from the waiting staff to take our main course order whatsoever, we decided to cut our losses and leave. Worst service we have ever (not) received! Revisiting TA we noted that almost every other review mentioned the snail like service. Ann added another!

Anyway, that was Florence; onward then to France and Menton, by way of Pisa.

We parked the car in the ‘official’ car park, thought it would cost a fortune but actually it was very reasonable. Just a quick walk across the road, past McDonalds (Really? Do people really want a Big Mac in possibly one of the most iconic Italian towns? Apparently they do!) and hundreds of souvenir stalls, through the large gateway in the large stone wall – and there it was!

It’s a very impressive area. As well as the tower there is a Baptistry, a large church and a mausoleum. Totally covers the whole birth, marriage, death thing. And beautiful lawns. Because you’re not allowed to walk on them.

We decided to have a go at the whole ‘oh look, I’m holding up the tower’ thing but it doesn’t really work when you’re photographing a pigmy, as Cliff discovered. Luckily we didn’t spend too much time on that, cos frankly it’s a bit naff!

Not having loads of time before we needed to get on our way to Menton, we passed on tickets to the tower and opted instead for tickets to the Baptistry, church and mausoleum. What beautiful buildings they are. Some amazing art work in the church and fascinating tombs and wall paintings in the mausoleum.

After a quick pizza, this is Italy after all, we said ‘chow’ to Italy and ‘bienvenue’ to France. Well not so quick actually. Never trust the man with the paper pad when the rest of the staff are using apps!! 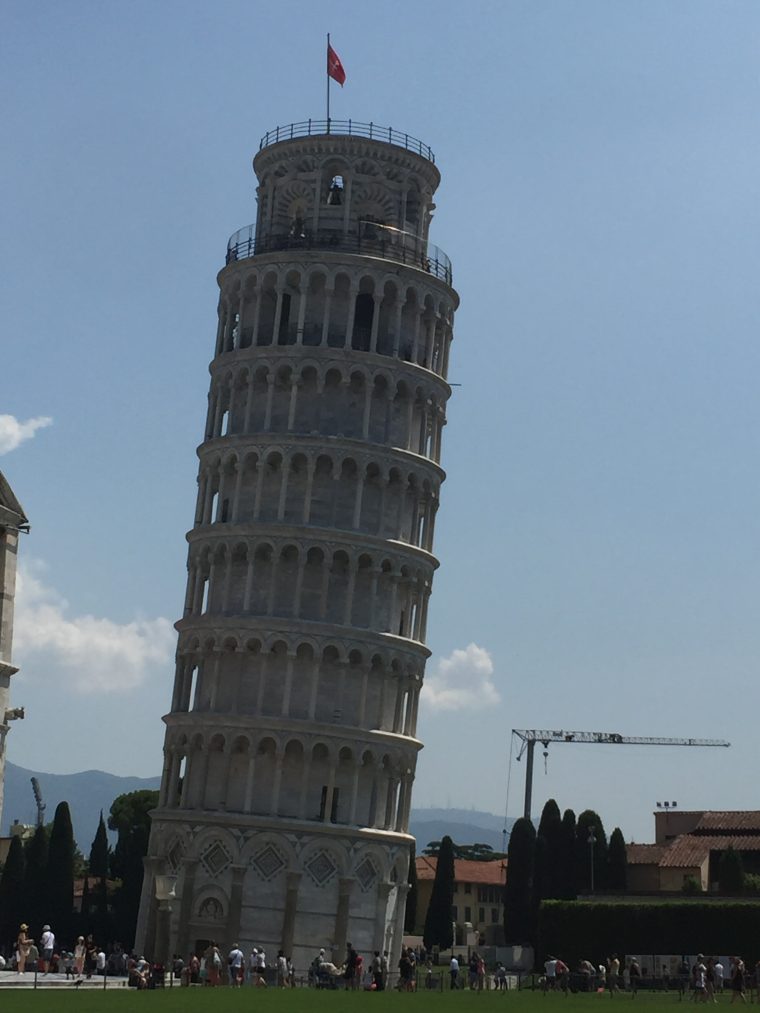 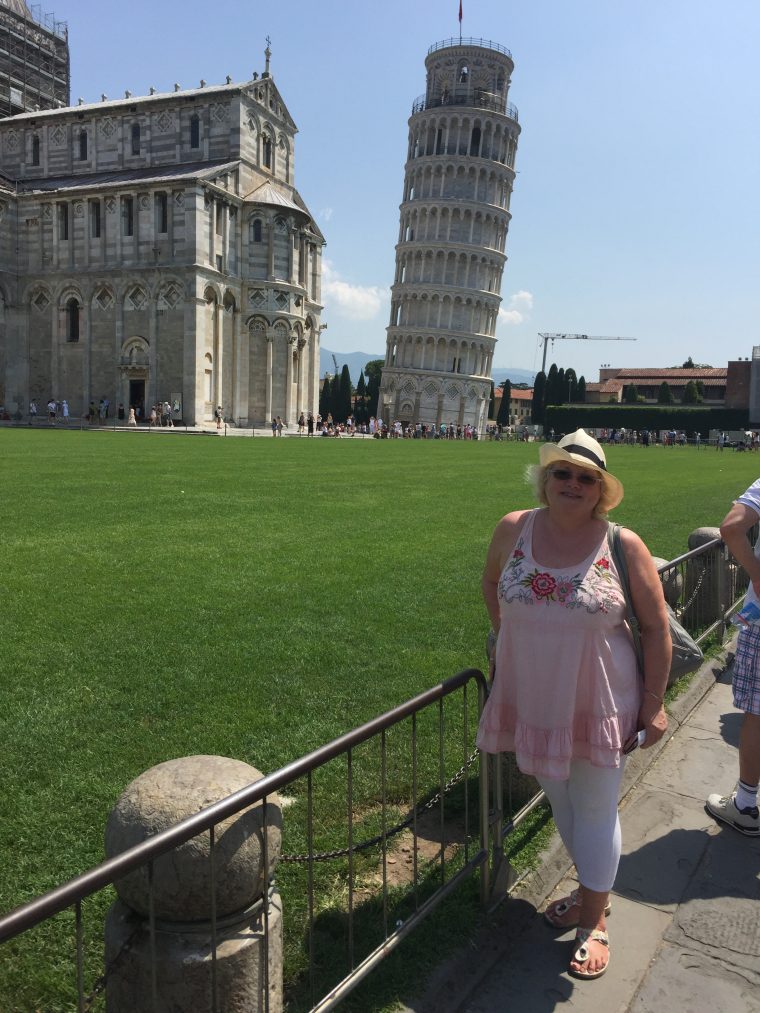 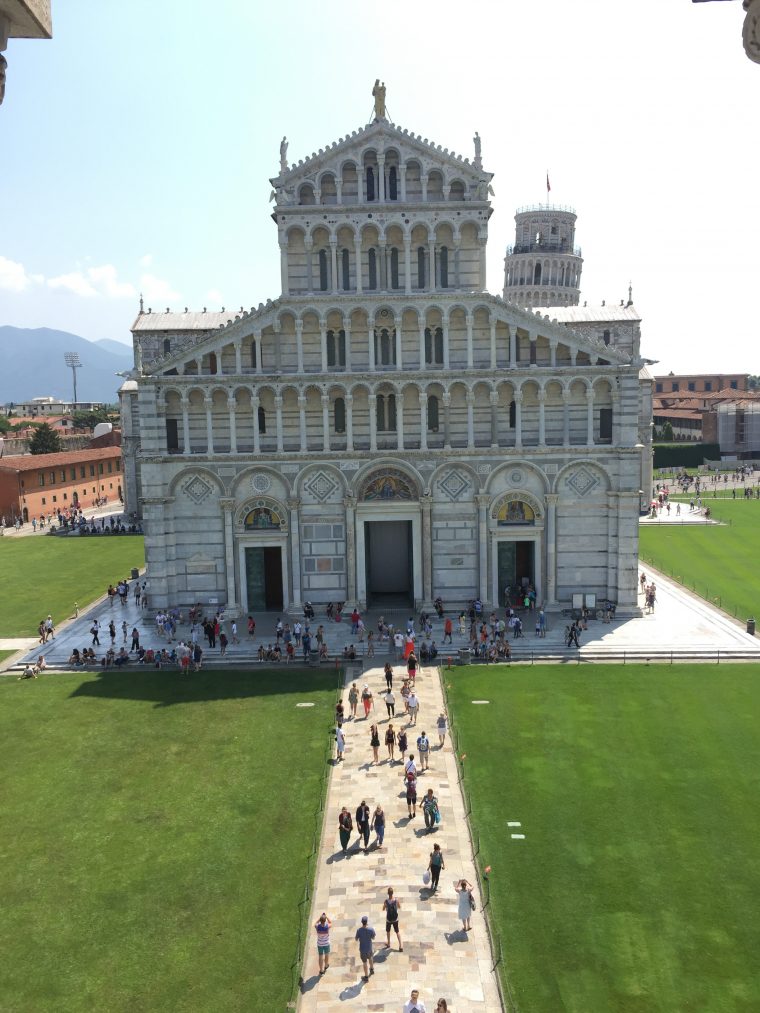 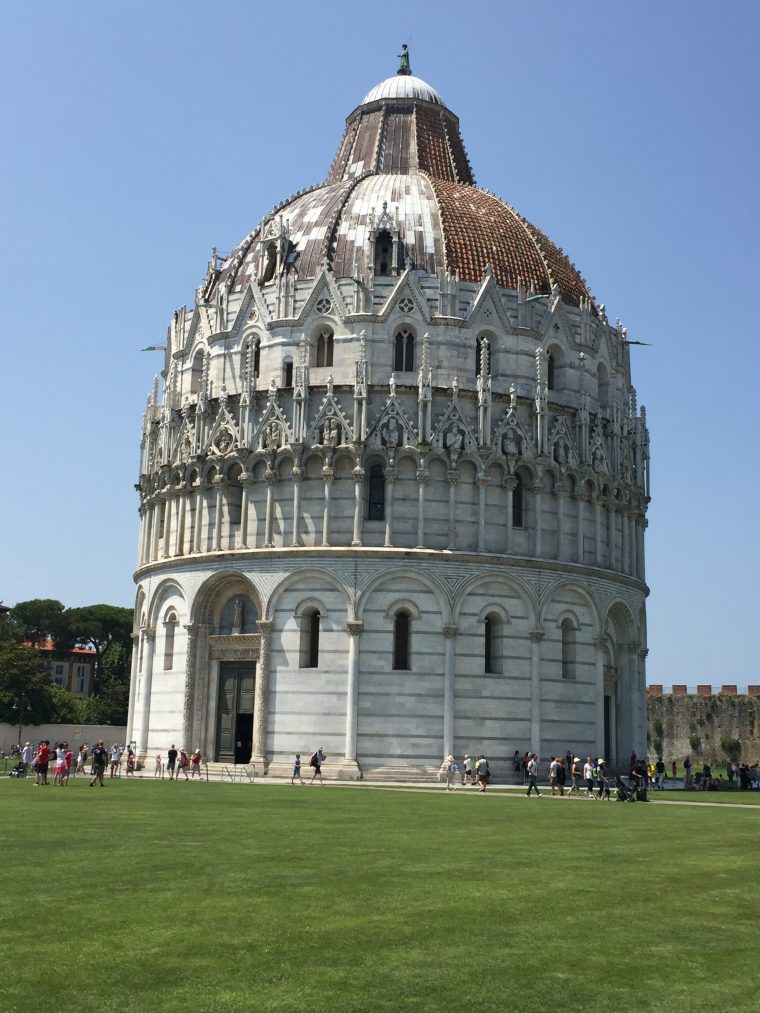 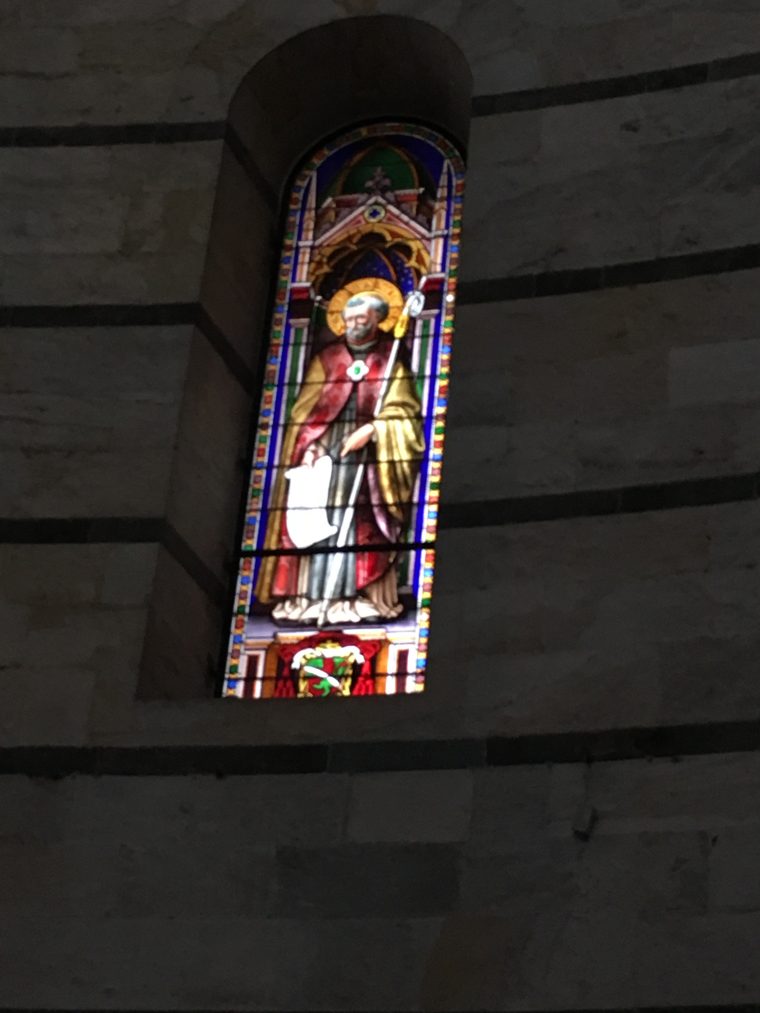 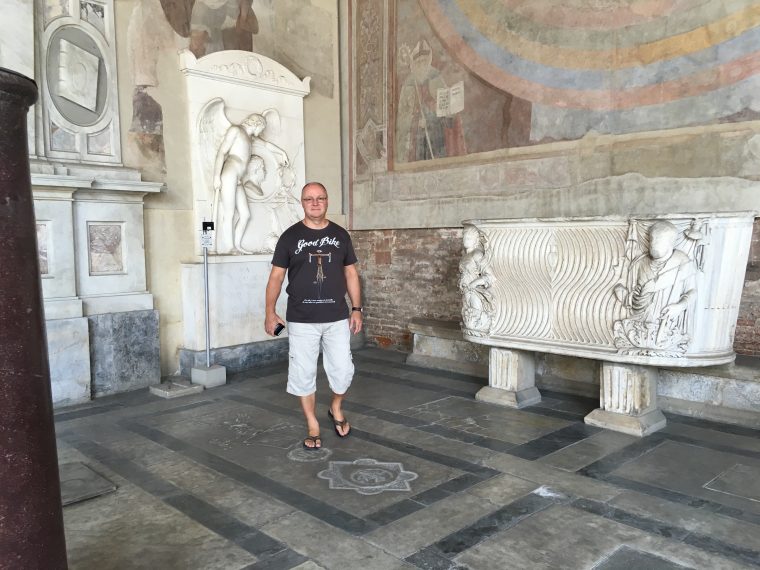 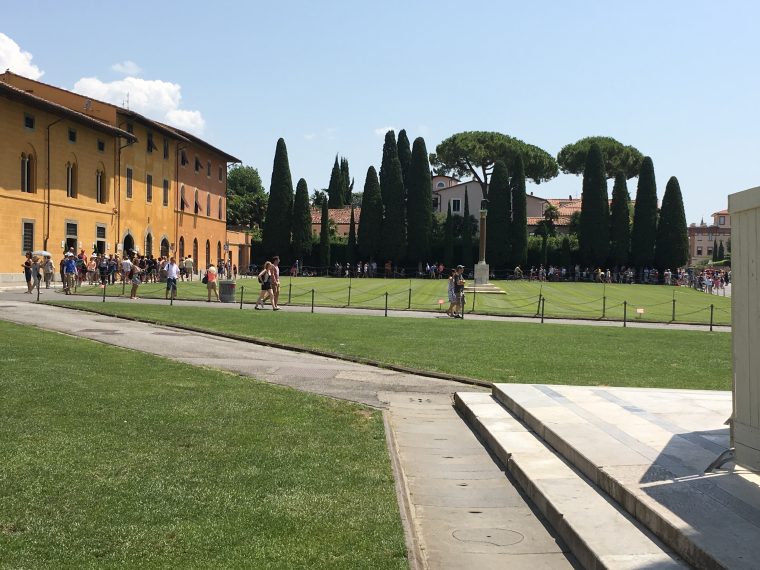